The Secret to Beyoncé's Success Involves More Than Just Her Talent 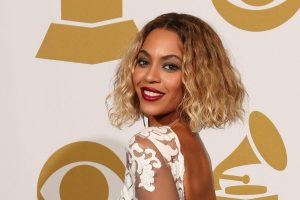 Superstar Beyoncé is, in every sense of the word, successful. Since her rise to fame with Destiny’s Child, the singer has taken the music industry by storm with her hit songs and chart-topping albums. She’s also had many achievements as an activist, a movie star, a producer, a designer, and the CEO of Parkwood Entertainment. While one might assume that Beyoncé’s incredible talent is what made her the entertainment conglomerate she is today, it turns out that being a skilled musician isn’t what took her career to greater heights.

Beyoncé has been in the business for more than 20 years

Though some think Beyoncé’s talent and rise to fame happened overnight, the truth is she had to put in a lot of work to get where she is today.

Bey began singing as a child but didn’t start honing in on her singing/ dancing skills until she became a member of the group Girl’s Tyme. Under the management of her father, Mathew Knowles, Beyoncé and the other three group members worked day and night to become better entertainers. In 1995, Girl’s Tyme, who later changed their name to Destiny’s Child, landed their first record deal, marking the start of their professional careers.

Following the release of their self-titled debut album, Destiny’s Child quickly became one of the best-selling girl groups of all time. But despite their success as a group, Beyoncé pursued a solo career in the early 2000s.

Since then, Beyoncé has been dominating the music industry with her hit songs and top-selling records. Today, she’s considered one of the best-selling recording artists and highest-earning musicians in the world, thanks to her immense success in the entertainment industry.

With all that she’s accomplished over the years, one could assume that Beyoncé’s talent is what made her such a legend. However, being a powerhouse musician isn’t a key to the “Formation” singer’s success.

In July 2021, Beyoncé’s mom, Tina Knowles Lawson, revealed the secret behind her successful run, sharing on Instagram that it’s the singer’s humility that has taken her career to greater heights.

“By this time in 2002 she had won 3 Grammys and 9 Billboard awards and about 15 other major awards with Destiny’s Child [,]had starred in a major movie and was practically a household word,” the fashion designer captioned a clip of Beyoncé explaining why she doesn’t consider herself a Queen during an interview. “She had accomplished so much but she still realized that she had a long way to go and a lot to learn and a lot more hard work and sacrifice to do to perfect her craft, before she would feel comfortable being called a queen of anything. Humility is attractive… Good page out of her playbook.”

In addition to remaining grounded, Beyoncé’s success also stems from her going after things without the fear of failure stopping her.

In 2016, the multi-Grammy winner introduced her athleisure brand, Ivy Park. She later partnered with Adidas and officially relaunched the clothing line in 2020.

While speaking with ELLE in 2019, Beyoncé credited the partnership to her mother, who instilled in her the idea that “creativity starts with taking a leap of faith — telling your fears they are not allowed where you are headed,” she said.

“I took a chance on myself when I bought my company back,” Beyoncé added. “We all have the confidence in us to take chances and bet on ourselves.”

Believing in yourself never goes out of style

Like the rest of us, there were times Beyoncé wasn’t sure of herself when it came to her career. But after being in the business for as long as she has, the singer has become more confident in herself, which has ultimately helped her achieve immense success.

“The more I mature, the more I understand my value,” she told ELLE. “I wanted my words and my art to come directly from me. There were things in my career that I did because I didn’t understand that I could say no. We all have more power than we realize.”