Home » Celebrities » The top advertising accounts agencies are watching, from Visa to T-Mobile, as reviews heat up again

The top advertising accounts agencies are watching, from Visa to T-Mobile, as reviews heat up again 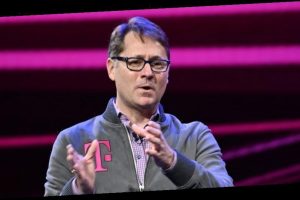 When the pandemic hit the US in March, advertising all but came to a halt as brands slashed spending and halted new campaign production.

The last thing any CMO wanted to do was go embark on an agency review, an expensive, monthslong process to determine the advertising agencies they want to handle their business.

But with some exceptions like Samsung, which just cancelled a massive pitch for its US media-buying and digital marketing business, reviews have started again.

Mitchell Caplan, managing director at consulting firm Flock Associates, said he expected the pace to intensify heading into 2021 as brands resume reviews they postponed this year and others re-evaluate their marketing in a world changed by the pandemic.

These are the most anticipated accounts in review, according to conversations with industry insiders. Spending estimates come from Paris-based market research firm Comvergence, and the accounts are listed in descending order by those totals.

The $2 billion T-Mobile account will be 2020's biggest prize for one agency. 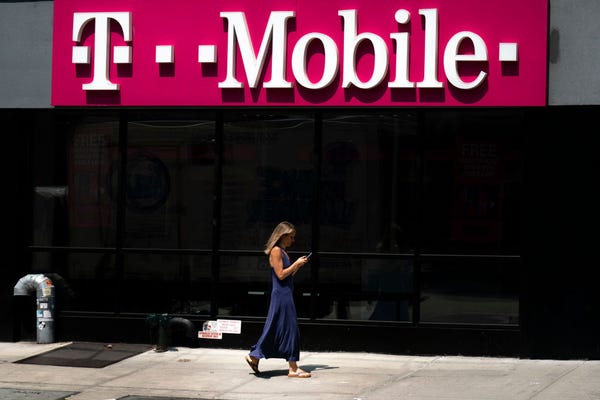 Estimated spend: up to $2 billion

The most significant account review of the year is also the biggest. T-Mobile spends between $1.67 billion and $2 billion on advertising per year, according to Comvergence and Tom Denford, CEO of consulting firm ID Comms, which is overseeing the process.

T-Mobile wants to streamline its massive business after joining with rival Sprint. The review was all but inevitable after a mega-merger that went through two years of approvals and multiple lawsuits, leaving one company with three media-buying agencies.

Denford said T-Mobile wants to consolidate with a single agency and the review will conclude by the end of the year.

Publicis Groupe has had most of the T-Mobile business for years, but it faces intense competition from independent agency Horizon, which won Sprint away from Publicis in 2018, and WPP's Essence, which swiped the digital portion of T-Mobile's media account the same year. T-Mobile also moved key aspects of its marketing, like search and analytics, in-house.

Pharma giant Sanofi is looking for a coronavirus vaccine — and an agency to handle its $1 billion account. 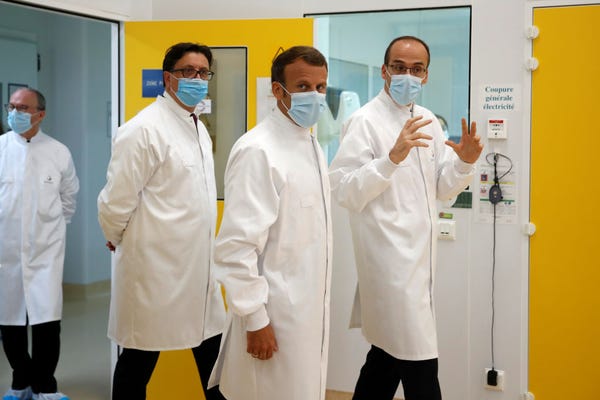 Healthcare is one of the few bright spots in the ad agency world, making big pharma accounts especially important to holding companies.

In July, French pharma company Sanofi, maker of drugs like Ambien and Flomax, told its agencies Havas Media and WPP's Mindshare that it would launch a review.

Sanofi spends around $1 billion on marketing globally, and CEO Paul Hudson said that number may increase as he works to promote blockbuster products like asthma drug Dupixent and the coronavirus vaccine Sanofi is working on.

Hudson recently said the company has accelerated development of that product, predicting it would be available next year.

Sanofi did not respond to a request for comment.

Supermarket chain Lidl spends $1 billion on advertising to compete with Walmart and regional US retailers. 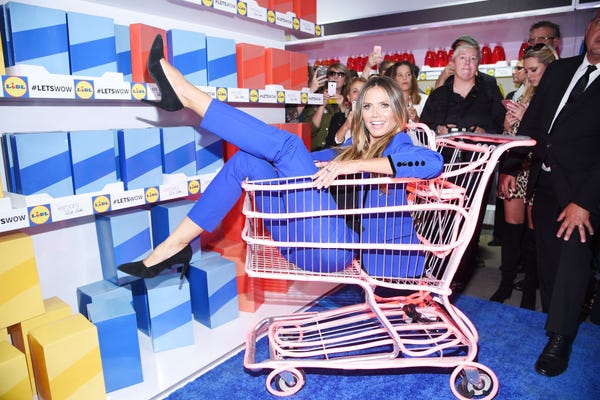 Supermarket Lidl launched a review of its media planning and buying business in April, according to three people with direct knowledge of the matter.

The German chain primarily competes with fellow discounter Aldi in Europe, but it has expanded its business since entering the US two years ago and plans to spend $500 million, open 50 new stores, and compete with both Walmart and regional retailers like Piggly Wiggly.

Lidl spent more than $1 billion on marketing over the past year. Two sources familiar with the review said the company plans to pick a different agency to run each region around the world and that its primary goal is reducing expenses.

The decision will follow July's appointment of We Are Social as Lidl's social media agency in a review that was conducted entirely over video conference. Dentsu previously handled that business.

Home Depot emerged from the pandemic strong and ready to review its $400 million-plus ad business. 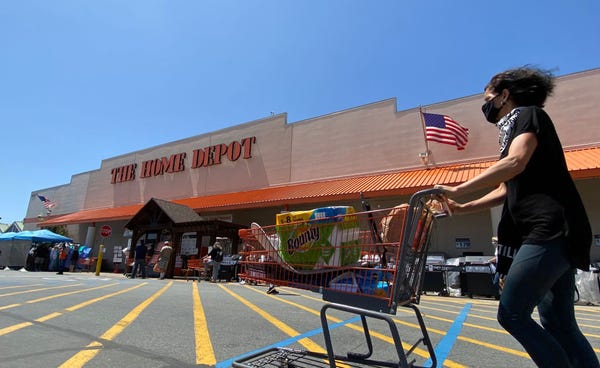 Like Walmart, Home Depot has fared far better than other retailers over the past seven months, with revenue rising 23% year-over-year and easily beating Wall Street estimates as people stayed home and spent more time and money on domestic projects.

It has also increasingly focused on competing for e-commerce dollars, and, in early September, announced a review of its media planning and buying business, which has been with Dentsu agency Carat since 2011.

A person familiar with the process said Home Depot made clear in late 2019 that the review was coming and that it was not related to the pandemic. A Home Depot representative said the company does not discuss vendor matters.

Comvergence estimated that Home Depot spent at least $400 million on paid media over the past year. That number, combined with its stability during the crisis, makes it an attractive client for any big agency.

JPMorgan Chase is the biggest financial institution to put its $400 million account up for grabs, but it won't be the last. 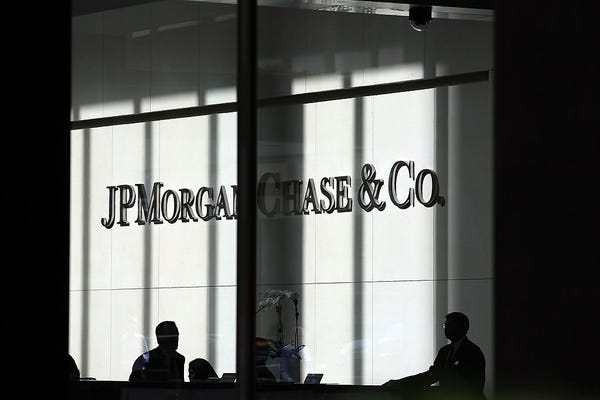 Estimated spend: up to $400 million

Mitchell Caplan of Flock Associates said banks would be reviewing their ad business as a way to mitigate the pandemic's effects on mortgages and loans. JPMorgan Chase is the first big name to do so with a review covering its media-buying in the US, Asia, and Northern Europe.

Chase spends around $400 million each year. According to Campaign, Publicis-owned incumbent Zenith will compete to keep the account.

News of the pitch came several months after Leslie Gillin, former president of co-brand credit cards, was promoted to CMO, suggesting plans began right after she took on the new position.

Like many other brands, Chase now handles more of its marketing in-house since launching an internal agency called Inner Circle in 2015 to buy digital and programmatic ads. This business is not part of the review. 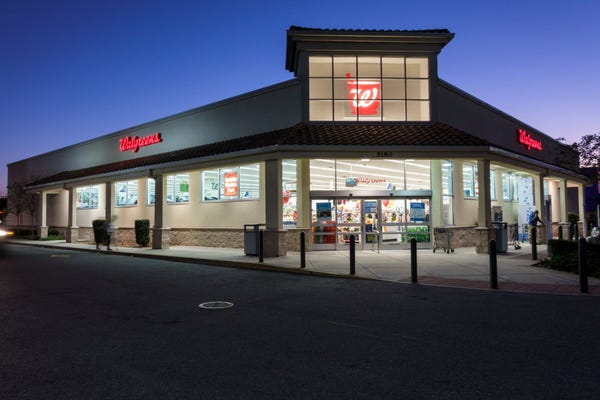 Walgreens Boots Alliance, which owns Walgreens, Duane Reade, and Boots pharmacy chains, placed its ad business in review this May as its three-year global contract with holding company WPP came to an end.

Walgreens Boots Alliance, or WBA, spent around $300 million globally on marketing last year, according to Comvergence, and the winner will handle everything from PR to creative and media buying.

WBA moved the business to different WPP agencies over the past three years, and its largest property, Walgreens, hired a new CMO from TD Bank last November.

WPP's two largest rivals, Omnicom and Publicis, initially pitched for the business, and recent press reported Omnicom was no longer involved, leaving Publicis as the last competitor. A loss would be a huge hit for WPP as Walgreens is the second-largest pharmacy company by revenue behind only CVS.

A WBA spokesman said the review would be complete by the end of the year. 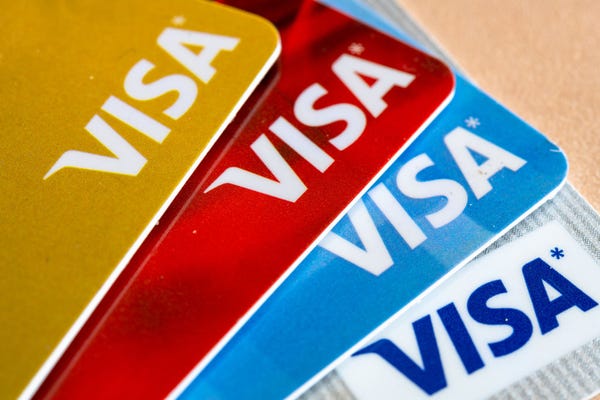 Visa has so far launched the only creative agency review to get significant attention during the pandemic, as most brands prioritize their media because it's the most obvious place to cut costs and increase efficiency.

Visa spend around $200 million each year, and according to Adweek, CMO Lynne Biggar wants to pick a single agency to create its ads around the world.

This is a particularly important review as many brands have not returned to pre-pandemic spending levels, and many, if not most, creative agency contracts are awarded on a short-term project basis.

Both incumbent agencies, Omnicom's BBDO and Publicis Groupe's Saatchi & Saatchi, were invited to pitch. A person familiar with the review said a group of agencies from a smaller holding company are also pitching as one unit.

Visa did not respond to a request for comment.

Georgia-Pacific's paper products are back on store shelves as the company reviews its ad business. 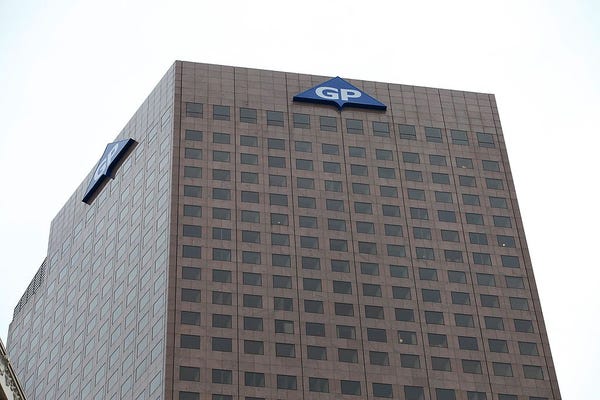 Along with Kimberly-Clark and Procter & Gamble, Georgia-Pacific is one of the largest makers of pulp-based products like paper towels and toilet paper, and demand for its products shot up 200% when the pandemic struck as Americans stocked up on household and cleaning supplies.

Paper goods are finally returning to store shelves, and demand remains 15% to 20% above pre-pandemic rates.

A person familiar with the matter said Georgia-Pacific recently invited several agencies to pitch for media planning and buying across all its consumer brands, including Brawny, Angel Soft, Quilted Northern, and Dixie.

While Georgia-Pacific isn't the biggest account on this list — the company spent around $75 million on paid media in 2019, according to Comvergence — it will be a critical client for any mid-sized agency due to its reliable market share.

A spokesman said Georgia-Pacific considers any information related to its ad business confidential because it is a privately owned division of Koch Industries.

The NBA is shaking up its marketing mix to boost ratings. 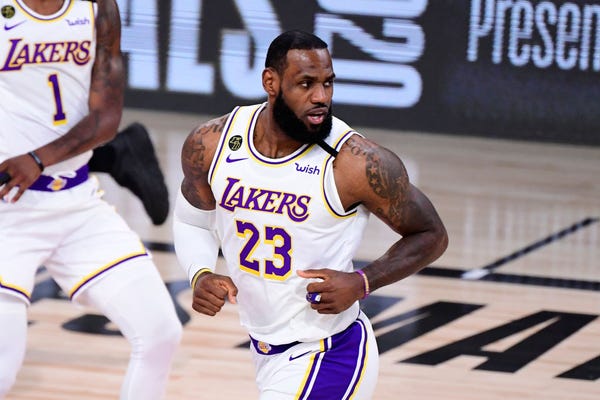 The NBA remains a big draw for advertisers, but declining ratings led the league to shake up its entire marketing operation well before the pandemic led to a pause in the 2019-2020 season this March.

Kate Jhaveri, formerly of Twitch and Twitter, came aboard as CMO in July 2019 and later hired Spotify's Danielle Lee to lead fan marketing and reconnect with viewers.

The league officially put its ad-buying account in review soon after live games returned in July. Game One of this year's NBA Finals between the Miami Heat and the LA Lakers saw the fewest viewers since those numbers were first recorded in 1994.

A person familiar with the matter said Publicis-owned agency Spark Foundry, which won the business in 2015, chose not to pitch. A second person who has worked on the account said the NBA's marketing budget has declined along with viewership. This person estimated the league spent between $20 million and $25 million last year. Still, the review represents a chance to rejuvenate the league.

END_OF_DOCUMENT_TOKEN_TO_BE_REPLACED

END_OF_DOCUMENT_TOKEN_TO_BE_REPLACED
We and our partners use cookies on this site to improve our service, perform analytics, personalize advertising, measure advertising performance, and remember website preferences.Ok