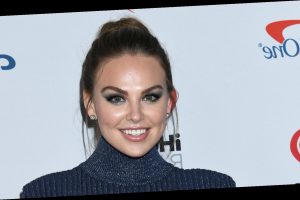 Before she became a favorite face of Bachelor Nation, Hannah Brown was more than a title-holding pageant queen — she had a brief career in interior design. Key word: brief.

Per Refinery29, Brown, a Tuscaloosa, Alabama, native graduated from the University of Alabama in 2017 with a degree in communication studies. Soon after, she took a job with an interior design firm in Newport, Alabama, called Gracefully Done, where the motto is: “Creating Southern elegance.” According to the company website, Gracefully Done has specialized “in creating elegant living spaces, while maintaining a functional and comfortable home” since 2007, and some of their design themes include French flair, industrial chic, and neutral contemporary.

As a proud Southern belle, Brown fit right in, and according to her staff bio from the time, she also helped bring “new, fresh ideas to the team (via Refinery29).”

“My job is awesome,” Brown wrote on Instagram at the time. “We all love being able to make people’s dreams for their home a reality.”

Not long after Brown started designing clients’ homes, she earned the title of Miss Alabama 2018, per Entertainment Tonight. Then it was on to competing in the Miss USA 2018 pageant, where Brown was roommates with Miss North Carolina 2018, Caelynn Miller-Keyes. Miller-Keyes won first runner-up, while Brown didn’t make the top 15. Brown and Miller-Keyes went on to compete against each other again in Season 23 of The Bachelor, and we all know how that friendship ended up.

While Brown stayed on at Gracefully Done for a while after earning her Miss Alabama crown and competing in Miss USA, it wasn’t long before she was, well, gracefully done with that career.

Brown’s interior design work has obviously taken a backseat these days. She’s too busy being a former Bachelorette, a Dancing With The Stars winner, and an all-around beloved reality star. Who knows? Maybe one day she’ll return to the art. HGTV could easily have a show with her name on it.