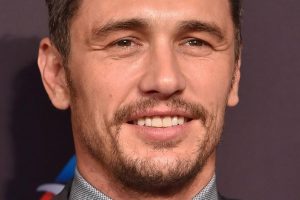 James Franco has lit up Hollywood throughout his career, with films like “Pineapple Express” and the TV show “Freaks and Geeks,” per the Los Angeles Times.

However, his personal life sometimes garners more attention than his acting career. In January 2018, five women reportedly accused him of “inappropriate or sexually exploitative behavior,” per the outlet. “I feel there was an abuse of power, and there was a culture of exploiting non-celebrity women, and a culture of women being replaceable,” said Sarah Tither-Kaplan, one of the accusers. Franco taught acting classes, but his students seemingly thought they were being taken advantage of. Former student Hilary Dusome said, “I don’t think he started teaching with bad intentions, but he went down a bad path and damaged a lot of people in the process.” Another student, Natalie Chmiel, added that Franco would become “visibly angry” if women refused to remove their tops.

Franco is in the news once again, and this time, it’s about settling a lawsuit. Keep reading for more details.

As Variety reported on June 30, James Franco settled a sexual misconduct lawsuit for $2,235,000. The amount still needs approval from a Los Angeles judge.

In October 2019, plaintiffs Sarah Tither-Kaplan and Toni Gaal put the class-action complaint in motion, alleging that Franco and his business partner Vince Jolivette “engaged in widespread inappropriate and sexually charged behavior towards female students by sexualizing their power as a teacher and an employer by dangling the opportunity for roles in their projects” at their once-open acting school, per the outlet. Tither-Kaplan and Gaal alleged that those who were willing to strip down for Franco and his cohorts received “preferential treatment,” according to Page Six.

Per the settlement, Tither-Kaplan and Gaal would receive $894,000 respectively split into $670,500 and $223,500, and $1,341,000 would go into a common fund for the other members of the class-action lawsuit. All parties in the suit released a joint statement that allows Franco to “continue to deny the allegations,” but “[acknowledging] that Plaintiffs have raised important issues.” Part of the statement reads: “All agree on the need to make sure that no one in the entertainment industry — regardless of sex, race, religion, disability, ethnicity, background, gender, or sexual orientation — faces discrimination, harassment, or prejudice of any kind,” via Variety.

If you or anyone you know has been a victim of sexual assault, help is available. Visit the Rape, Abuse & Incest National Network website or contact RAINN’s National Helpline at 1-800-656-HOPE (4673).