The Truth About Lily Collins And Zac Efron’s Relationship 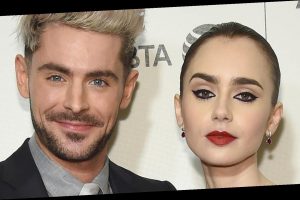 Zac Efron and Lily Collins are two of the hottest stars in Hollywood and their chemistry in the Ted Bundy biopic Extremely Wicked, Shockingly Evil and Vile (via IMDb) was off the charts — despite the fact that their onscreen relationship was juxtaposed against multiple murders, of course. In the movie, Zac Efron plays Bundy while Lily Collins portrays his long-time girlfriend, Elizabeth Kloepfer, whose memoir The Phantom Prince: My Life with Ted Bundy, was a key touchstone for the story.

But Collins and Efron have been linked in real life many times over the years, too, and their reunion, onscreen at least, caused rumors to circulate all over again. It makes sense, considering how good they look together both in movies and on red carpets promoting those same projects. But, is there any truth to these stories about Collins and Efron hooking up behind the scenes, or is this another case of so-called “shipping” from voracious fans gone awry?

As Seventeen notes, Collins and Efron briefly dated between 2012 and 2013. Most of the speculation came from a sweet shot, posted on Twitter by a fan, of the two actors strolling hand in hand through Disneyland, but E! News seemed to confirm the rumors when the two were spotted attending a movie together a few weeks earlier.

Although they were first linked in 2012 after being caught holding hands while having dinner in L.A. and even spending Valentine’s Day together, the relationship fizzled out. An insider revealed to E! News that the stars weren’t actually dating, sharing, “They weren’t really together, so you can’t say they broke up because they were never officially a couple.” Adding, “They hung out every now and then, but it was totally casual.”

This didn’t stop rumors from swirling around the release of Extremely Wicked, Shockingly Evil and Vile, with the Evening Standard advising the duo seemed particularly cozy at the European premiere. Just days later, gossip site Star (via Gossip Cop) quoted an unnamed source who claimed Collins and Efron did get close on set again and “have been hanging out loads since filming wrapped.” Adding, “They’ve always had a spark, and they were so good together.” However, Gossip Cop caught up with one of Efron’s buddies who claimed such stories were simply “not true.” Collins later confirmed to E! News that the two are just very good friends. She’s now happily engaged, so it really was a short-lived romance, but at least we’ll always have Ted and Elizabeth.