Home » The Truth About Savannah From The Circle

The Truth About Savannah From The Circle 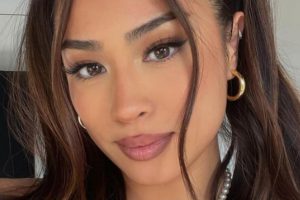 If you binge a lot of Netflix, chances are you have seen an episode of The Circle, a reality show where contestants are isolated from one another in the same building and can only communicate through text messages, according to TV Line. They can portray themselves however they choose as they compete for a $100,000 grand prize.

One would think that injecting social media into reality TV would be disastrous, but the reviews for Season 1 say otherwise. Daniel D’Addario of Variety seemed to enjoy the first season, calling it a “spin on Big Brother” and that “seeing it in practice is vaguely thrilling, if only because it so effectively removes the aspect of social performance that underpins most reality TV, and most of reality.” Season 1 also has an 81% on Rotten Tomatoes, which is actually on the higher end for the site.

Season 2 of The Circle premiered on Netflix on April 15, 2021. Keep reading for more details about contestant Savannah Palacio.

Contestant Savannah Palacio seems like she could win Season 2 of The Circle. When she’s not joking about the show on TikTok, or showing off her outfits on Instagram, she’s a data researcher on Capitol Hill, according to Bustle. “My job is a little lackluster, but my personality is quite opposite,” she said. “I’m fun, I’m social, I love glitz and glam.”

She opened up to Parade about her decision to join the show, and said quarantine was a big factor in making the jump to TV. “We were in quarantine, so I was looking for a creative outlet; I was looking for something completely new, something that I hadn’t ever done before,” she said. “To be honest, I have never really been a reality show watcher. It was never my dream to be on a reality TV show. But it was an opportunity that fell into my lap. I watched the first season of the show, and I thought it was something that I would be great at. So I decided to take a leap of faith, and I’m very glad I did.”

Expert social media skills are necessary to win The Circle, and with more than 612,000 followers on TikTok and 229,000 Instagram followers, Palacio should have no problem creating her strategy.