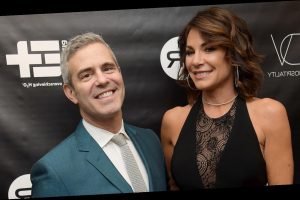 There will be a delay in filming on the set of a popular Bravo reality show. ET Online reports The Real Housewives of New York has shut down after an unnamed cast member tested positive for COVID-19. Indeed it is unknown at this time which star has been diagnosed with the virus, be it Luann de Lesseps, Ramona Singer, Leah McSweeney, Sonja Morgan, or Eboni K. Williams.

It’s also worth noting the Empire state cast member is not the first to test positive for COVID-19. Three Housewives from the Beverly Hills franchise previously had the illness — Kyle Richards, her sister Kathy Hilton, and Dorit Kemsley. Production was shut down as a result. Page Six notes Ramona Singer previously tested positive, as did ladies from the Dallas, New Jersey, and Orange County franchises.

It's unknown when RHONY will resume filming

This time, the New York-based series will resume filming after a period of quarantine to ensure everyone’s safety, with a source telling the outlet, “The cast is taking the pandemic very seriously and just wants their castmate to get better so they can finish up and deliver what’s going to be a stellar season.”

At time of writing, none of the RHONY ladies had commented about their health status or the filming hiatus via Instagram. But Page Six claims to know the identity of the stricken cast member — the outlet has not been given permission to publish the person’s name. Their symptoms are said to be mild.

Yahoo! reports a trip that the cast members were supposed to go on as part of filming has been canceled due to safety concerns. No date is set for production to resume at this time.

Here’s wishing the sick cast member a speedy recovery and hoping that everyone else stays healthy.