The Untold Truth Of Jennifer Gates 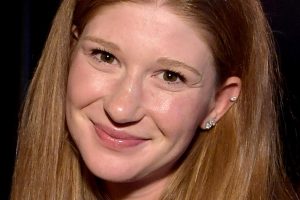 Jennifer Gates, the oldest daughter of Bill and Melinda Gates, is navigating “a challenging stretch of time” in the wake of her parents’ divorce announcement. “By now many of you have heard the news that my parents are separating,” she wrote in a since-deleted Instagram Story on May 4 (via People). “I’m still learning how to best support my own process and emotions as well as family members at this time, and am grateful for the space to do so. I won’t personally comment further on anything around the separation, but please know that your kind words and support mean the world to me.”

Bill is known for making billions as one of the founders of Microsoft. In 2000, he and Melinda co-founded and now run the Bill and Melinda Gates Foundation, which Reuters ranks as “the largest private philanthropic foundation in the United States, and one of the world’s biggest.” Despite their time in the spotlight, the pair are über private and have made a point to shield their three children from the media. That said, we did some digging — here’s what we know about Jennifer Gates.

Jennifer Gates will inherit less than 1% of her parents' fortune

Bill Gates has an estimated net worth of $129 billion as of this writing, according to Business Insider. Yet, despite that immense wealth, his oldest daughter Jennifer will only inherit a very small percentage of his money. In part, this is due to the fact that the tech mogul has pledged to give away the majority of his wealth during his lifetime. Along with fellow billionaire Warren Buffett, Bill created “The Giving Pledge,” where wealthy individuals commit to donating their money to charitable causes (via USA Today).

In 2017, Bill revealed in a Reddit “Ask Me Anything” segment that he believed it would not be beneficial to leave massive inheritances to his children, including Jennifer Gates. Instead, all three will inherit $10 million each, which is around 1% of his fortune. Referencing his business tycoon friend, Bill wrote on Reddit that, “Warren Buffett was part of an article in Fortune talking about this in 1986 before I met him, and it made me think about it and decide he was right.” Ten million dollars might not mean much to Bill, but it’s still a huge amount of money to the average American citizen!

Jennifer Gates is an accomplished equestrian

In some ways, Jennifer Gates had a normal childhood. For example, a 2017 Entrepreneur article reported that Bill Gates once “implemented a cap on screen time when his daughter started developing an unhealthy attachment to a video game.” According to the outlet, the former Microsoft CEO also did not allow Jennifer to get a cell phone until she was 14 years old. Many millennials can likely relate — but then again, there were aspects of Jennifer’s childhood that most of us can only dream of!

Per Herald Weekly, the Gates’ oldest daughter is an accomplished equestrian with a passion for show jumping, which is one of the hobbies of the ultra-rich. It’s therefore unsurprising that she has competed against other members of the celebrity set, including Michael Bloomberg’s daughter Georgina, Bruce Springsteen’s daughter Jessica, and Steven Spielberg’s daughter Destry (via Business Insider). To support her passion, Bill doled out $1 million in 2012 to rent a mansion near an equestrian festival in Palm Beach, Florida, according to the Daily Mail. He also bought a string of properties in Wellington, Florida — a hot spot for wealthy equestrians — in order for Jennifer to train on the property for her Wellington events (per The Real Deal).

Like dad Bill Gates, Jennifer Gates attended an Ivy League school, though her alma mater happened to be on the West Coast. Per Entertainment Tonight, she graduated from Stanford in 2018 with a degree in human biology. Meanwhile, her fiance — more on him in a minute! — matriculated a few years earlier in 2013. “I just took a class about children, youth, and the law, so we learned about the juvenile justice system, the foster care system, and all the issues surrounding that,” Jennifer told Horse Network in 2016 of her studies. She added, “I’m really interested in children’s wellbeing, especially here in the United States. I find that fascinating.”

As of this writing, Jennifer attends Mount Sinai’s Icahn School of Medicine, where she is pursuing a career as a pediatrician or family practitioner (via CNBC). According to the New York Post, Bill and Melinda Gates purchased a $5 million condo for their daughter on Fifth Avenue, located close to campus.

As of January 2020, Jennifer Gates is officially off the market! Her longtime boyfriend Nayel Nassar, popped the question during a snowy ski trip, according to Gates’ Instagram. “Nayel Nassar, you are one of a kind. Absolutely swept me off my feet this past weekend, surprising me in the most meaningful location over one of our many shared passions. I can’t wait to spend the rest of our lives learning, growing, laughing and loving together,” she wrote underneath the post.

A quick look into their feeds reveals that the couple appears to have been dating since 2017, when Nassar shared an image of the pair enjoying a Valentine’s Day dinner in Miami Beach, Florida. He followed up with a post commemorating their one year anniversary in January 2018, writing, “Happy first year my love! Here’s to many more.” In 2019, Gates told CNN’s EQ equestrian show that Nassar’s love for horses was part of what drew her to him in the first place. “Horses are just one part of our life, but we love the sport,” she explained. “He’s a professional, and I do this as an amateur. So, to be able to share our love and passion for horses with each other is just incredible.”

Jennifer Gates wants to use her privilege to help others

Like her parents, Jennifer Gates is interested in using her privilege to help the less fortunate. “I was born into a huge situation of privilege,” she told Sidelines Magazine in a July 2020 interview (via CNBC). “I think it’s about using those opportunities and learning from them to find things that I’m passionate about and hopefully make the world a little bit of a better place.” Growing up, she was influenced by her parents’ regular conversations about global health. In fact, Melinda Gates realized that she and her husband were talking “too much about global health at the dinner table” after they caught Jennifer “informing one of her dolls that it was HIV positive” (per CNBC).

The unique upbringing equipped Jennifer with tools to truly make a difference, and fueled her decision to become a doctor. “We’re all human and having different human experiences, yet there is something so universal about the way we all experience hardship, growth, and joy in our lives,” she told Sidelines Magazine (via CNBC). “Being receptive to learning about others’ experience, regardless of what they’re pursuing, will help me be a better physician in the future and continue to do my part in the world.”