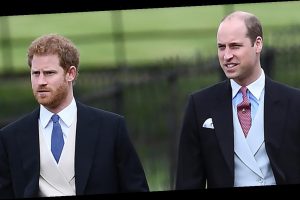 There’s a very hopeful update about the state of Prince Harry and Prince William‘s relationship after months and months of rumors of a major rift in the royal family.

A friend of the royals actually confirmed they were feuding and Prince Harry also publicly spoke about the rift. Many were worried the family would never recover after Prince Harry and Meghan Markle‘s bombshell decision to exit as senior members of the royal family.

Now, there is a very hopeful update.

The brothers’ relationship is “much better than it was,” Vanity Fair reports. The report also indicates they are now in regular contact and the Sussex family has sent Christmas presents to Prince William and Kate Middleton‘s family.

“I have no doubt they will be video calling each other over Christmas,” a friend told the magazine.

The friend also added how Prince Harry feels now that he’s almost a year out from the bombshell decision.

“There are certain things he misses, but nothing so much that he regrets moving,” said the friend. “He’s found a kindred spirit in Meghan, they are creating a new life. That’s so very exciting for them both.”

END_OF_DOCUMENT_TOKEN_TO_BE_REPLACED

END_OF_DOCUMENT_TOKEN_TO_BE_REPLACED
We and our partners use cookies on this site to improve our service, perform analytics, personalize advertising, measure advertising performance, and remember website preferences.Ok