Home » Celebrities » These Celebrity Lip-Syncing Scandals Had The World Shook

These Celebrity Lip-Syncing Scandals Had The World Shook 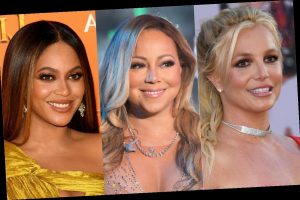 There are a lot of reasons artists may choose to lip sync. It’s possible they do it to preserve their energy while dancing, or they don’t feel confident singing live because of a lack of rehearsals. Certain events (like the Macy’s Thanksgiving Day Parade) may also require lip-syncing due to logistical factors involved with the stage setup, weather, or overall limits that come with parade technology. Whatever the case, there’s no denying it happens in front of our eyes. These celebrities that got caught lip-syncing prove some stars are able to pull it off better than others, however.

Just because artists lip-sync doesn’t mean they’re not talented. It takes a lot of skills to sing and dance simultaneously, and not everybody can do it without running out of breath. To help ease the pressure, stars incorporate backing tracks to their performances that could add a layer of vocals celebrities may not be able to sing at the same time as the melody. Some artists only partially rely on these tracks, while others depend on them completely. And that’s when things can get dicey.

These 12 celebrities that seemingly got caught lip-syncing show the method doesn’t always work in their favor, especially if things go wrong.

Justin Bieber surprised fans by joining Ariana Grande on stage at the 2019 Coachella Festival to sing "Sorry." Some people, including reality star and blogger Morgan Stewart, accused Bieber of not singing live, but he clapped back by saying he was singing on top of background vocals.

"Just saw a video of you ripping me to shreds saying I was lip-syncing. They played the song and I just sang overtop of it.. regardless why spend your time tearing people down," Bieber responded on Twitter.

Beyoncé admitted she lip-synced during her January 2013 performance at Barack Obama’s Presidential Inauguration. She said she didn’t have time to rehearse with the orchestra, so she played it safe by singing along to a pre-recorded track, which she called a "common" practice in the music industry.

"Due to no proper sound check, I did not feel comfortable taking a risk. It was about the president and the inauguration, and I wanted to make him and my country proud," the star explained during a Super Bowl press conference days after her performance.

One of Cardi’s most recent lip-sync scandals involved her performance at the 2021 Grammys in March 2021, during which she sang a mashup of her Megan Thee Stallion collaboration "WAP" and her latest single "Up." Fans thought her vocals sounded way too close to the original track’s, and it appeared to them as if her mouth movements didn’t match the audio at points.

After taking a year-long hiatus to recover from a kidney transplant, Selena Gomez made her big comeback by performing "Wolves" at the 2017 American Music Awards. However, it didn’t exactly get the best response because people thought she wasn’t actually singing live.

"I love Selena Gomez, but she made it so obvious that she lip synced through that whole performance hence why she had her head down and hair covering her face for 99% of the performance," someone tweeted.

Mariah Carey’s infamous 2017 performance of "Emotions" on Dick Clark’s New Year’s Rockin’ Eve With Ryan Seacrest had the whole world talking. While on live television, Carey told viewers her in-ear monitors stopped working and she wasn’t able to soundcheck the song, either, so she couldn’t keep up with the track, which continued to play in the background (revealing that her famous whistle notes were pre-recorded). "Sh*t happens… Here’s to making more headlines in 2017," Carey tweeted after the whole ordeal.

Nicki Minaj was accused of lip-syncing during her 2015 VMAs performance of "Trini Dem Girls" and "The Night Is Still Young." Due to having to sing, rap, and dance, Minaj got slightly out of breath during some parts, which means she had to rely on the backing track because she couldn’t sing everything while moving around. Critics called this lip-syncing, even though it wasn’t necessarily the case (you try hitting every note perfectly while pulling off a performance like that).

During a 2014 performance of "Perfume" at her Planet Hollywood residency, Britney Spears lip-synced to a vocal track that was actually performed by Sia. The "Chandelier" singer co-wrote the song and provided backing vocals for it, so it’s likely Spears used Sia’s version as an in-ear monitor guide and somehow, it got blasted into the house mix for everyone to hear, making for one very awkward and confusing situation. 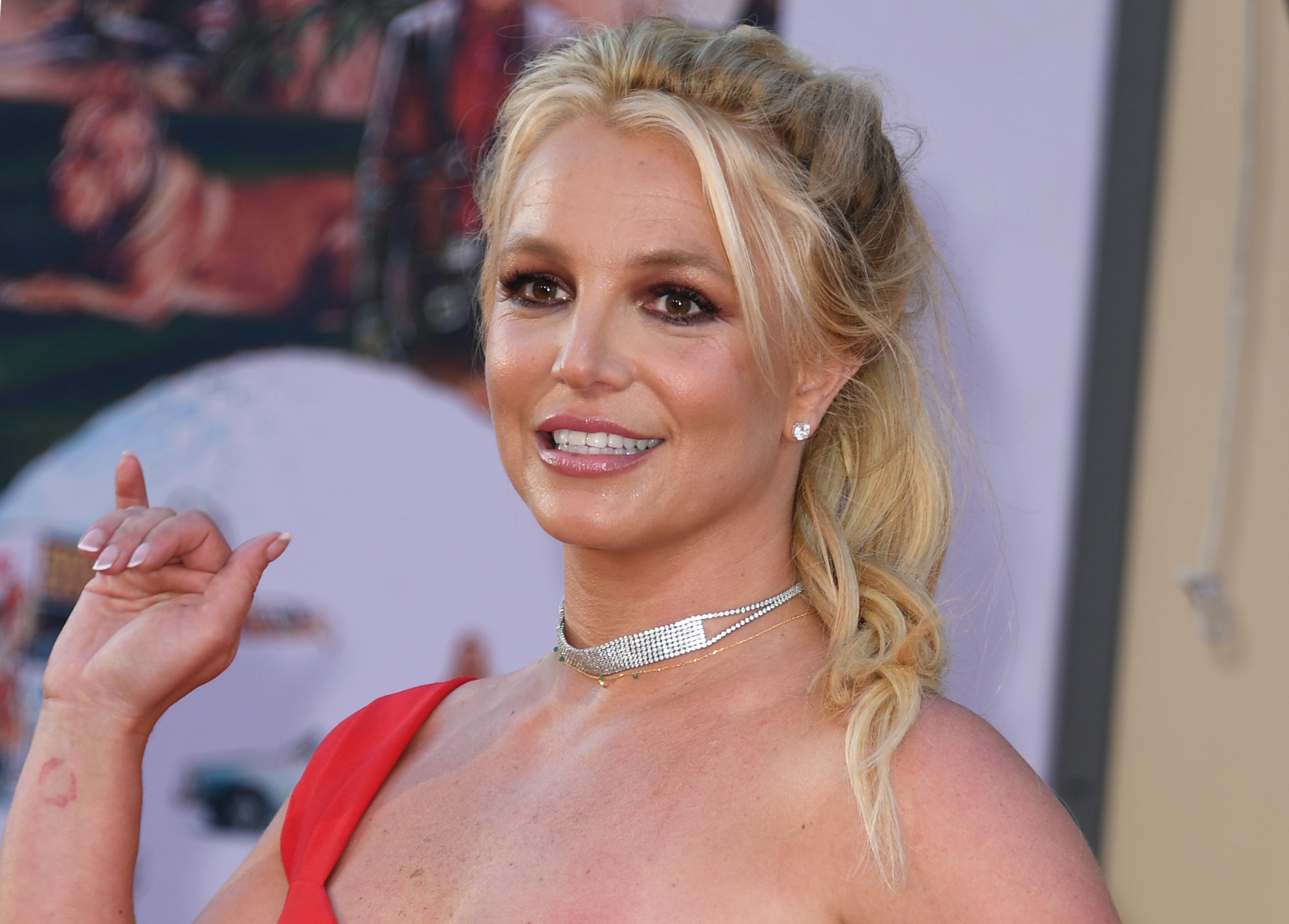 According to some fans, Travis Scott’s June 2018 performance at the NBA Awards was "underwhelming" because it appeared as if the rapper didn’t give it his all and instead opted to lip-sync. When you listen to the audio of his performance above, you can hear his voice clearly in some parts, but in others, the backing track rings through louder.

In October 2004, Ashlee Simpson appeared on Saturday Night Live to perform two songs. The first was "Pieces of Me," but when she went on stage to perform her second selection, "Pieces of Me" played again, including the vocals she wasn’t singing, causing fans to speculate she used a pre-recorded track and lip-synced the entire time. Simpson did a little dance to try and break the tension, but it only made the situation even more awkward, and she ultimately walked off stage.

At the end of the episode, she seemingly blamed the incident on her band, who played "the wrong song." A few days later at the Radio Music Awards, Simpson said her dad also forced her to use a backing track due to her "severe acid reflux."

The star addressed the lip-sync fail again during an August 2018 interview with E! "It’s something that happened to me and things in life happen, and they make you stronger. They make you a better performer and a better person. I think things like that build your character and your strength, and it’s how you handle them [that matters]," she said.

Iggy Azalea and Jennifer Lopez’s 2014 performance of "Actin’ Like That" made headlines because Azalea missed her cue to sing while a pre-recorded track played her vocals in the background. Fans theorized Azalea couldn’t hear the track or forgot the lyrics, but she later revealed she picked up the wrong microphone, so her audio was turned off.

Hilary Duff had an embarrassing moment during her 2004 performance of "Come Clean" on MTV’s New Year’s Eve Live special because, just as the chorus kicked in, fans could hear her audio glitching, making them think she was lip-syncing. Despite the technical difficulties, Duff continued performing as if nothing happened.

The day she dropped her debut album, Speak, on Dec. 7, 2004, Lindsey Lohan performed her record’s lead single "Rumors" on Good Morning America. Unfortunately, it didn’t go as planned because people accused her of lip-syncing. Around the 2:10 mark in the video above, you could hear Lohan’s vocals, but her lips didn’t move.

After the incident, a rep from the star’s label, Casablanca, told fans Lohan was singing live, but she was using background vocals.

Regardless if these artists were actually lip-syncing or not, these music mishaps shook the world when they happened.