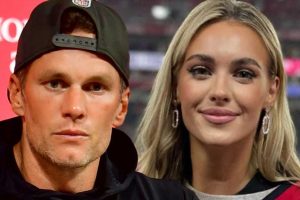 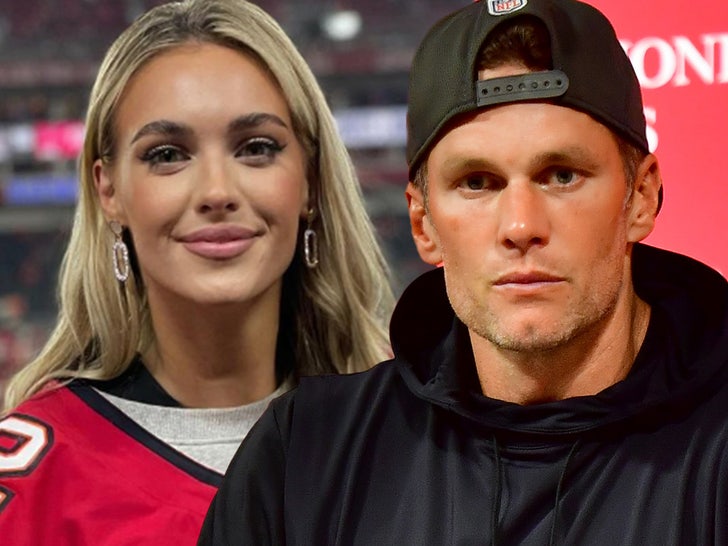 Tom Brady‘s biggest fan is taking a page out of Gisele Bundchen‘s book … calling out the quarterback’s teammates for the Buccaneers’ playoff loss to the Dallas Cowboys.

Stunning model Veronika Rajek — who sports 3.5 million followers on Instagram — has gone viral for her TB12 support this season … even going as far as to say she loves the 7-time Super Bowl champ.

Just like all Tampa Bay fans, Rajek was left in disbelief after Brady and Co. were torn apart on Monday Night Football and booted from the postseason … and instead of focusing on TB12’s less-than-stellar performance, she pointed fingers at the other 52 men on the roster.

“I’m just sorry,” Rajek said on IG after the game. “But one guy cannot play for everyone on the field. TB you did your best. Like always.” 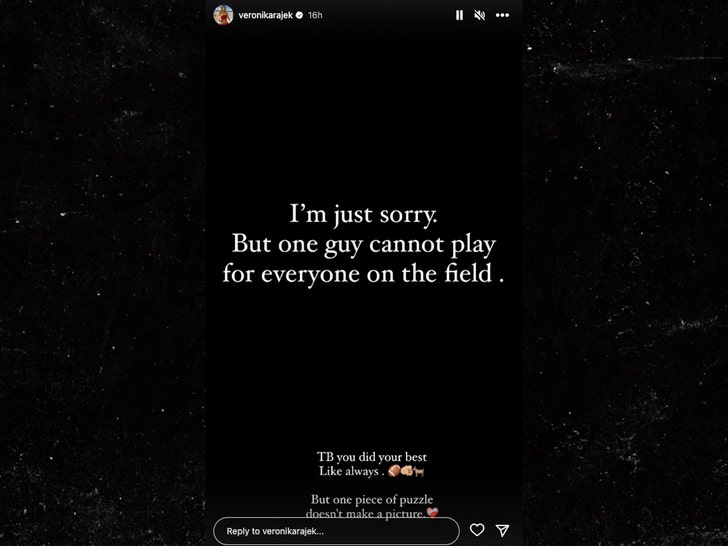 “But one piece of the puzzle doesn’t make a picture.”

The comments are similar to what Brady’s ex-wife said after the New England Patriots lost to the New York Giants in Super Bowl XLVI … when she infamously stated, “My husband can not f***ing throw the ball and catch the ball at the same time. I can’t believe they dropped the ball so many times.”

The heartbreak may not be over yet — Brady has yet to make a decision on whether he will play next year … and if it’ll be in a Buccaneers uniform.