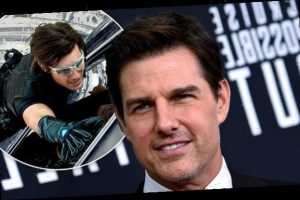 Tom Cruise ‘plans to build a covid-free village at an abandoned RAF site in Oxfordshire so Mission: Impossible 7 can resume filming’

Tom Cruise is reportedly building a makeshift village at an abandoned RAF site in Oxfordshire so filming can resume for Mission: Impossible 7.

The actor and producer, 57, and his A-list cast will reportedly stay in VIP Winnebago trailers so they can work through scenes in a bubble and protect the crew from catching coronavirus.

Mission Impossible 7’s release has been delayed from July 2021 to November 19, 2021, after the coronavirus pandemic forced the film to relocate from Venice to the UK, and eventually halt production indefinitely. 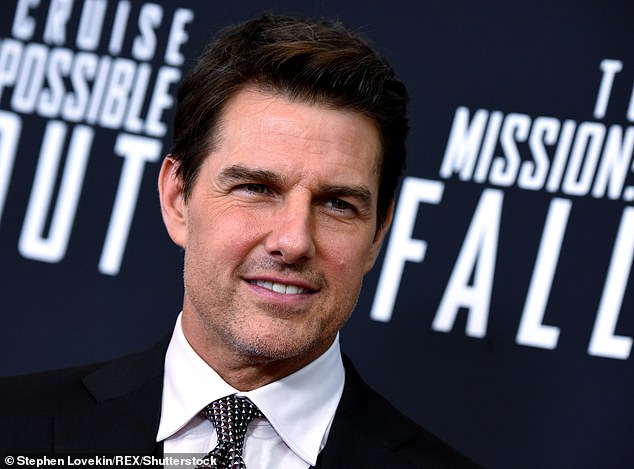 Determined: Tom Cruise is reportedly building a makeshift village at an abandoned RAF site in Oxfordshire so filming can resume for Mission: Impossible 7 (pictured in 2018)

A source told The Sun: ‘The film has already been heavily delayed and there’s no sign of things going totally back to normal any time soon, so this is a way to try to get things up and moving again quickly and safely.

‘It’s also tough to get hotel rooms at the moment as most of them are shut for the foreseeable future, so it was this or delay things for even longer, it will mean some of the world’s biggest stars all living together in a posh campsite while working alongside the rest of the team.

‘It’s pricey but Tom always does things bigger and better than anyone, and there’s a hell of a lot riding on this film, the Mission: Impossible movies are all massive box office successes and the studio is right behind getting this back on track.’ 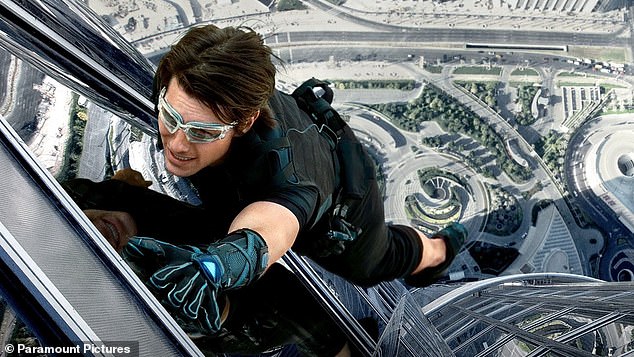 Safety measures: The actor and producer, 57, and his A-list cast will reportedly stay in VIP Winnebago trailers so they can work through scenes in a bubble

First assistant director Tommy Gormley said on Tuesday Paramount are hoping to restart work on the Tom Cruise blockbuster this autumn, and ‘visit all the countries’ where they originally planned to film scenes. 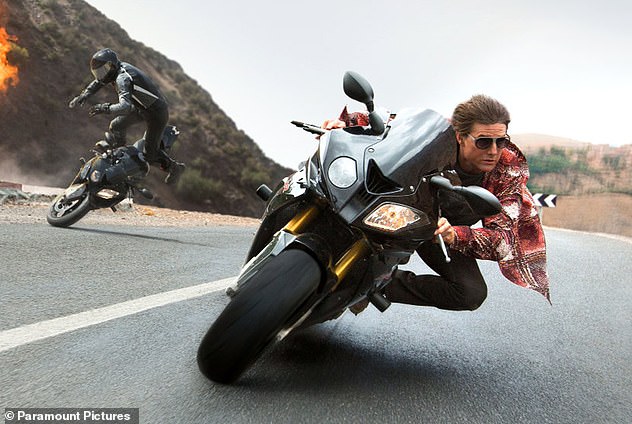 Epic: Mission: Impossible 7 will resume filming in September, after production was relocated by the coronavirus pandemic (Tom Cruise pictured in Rogue Nation) 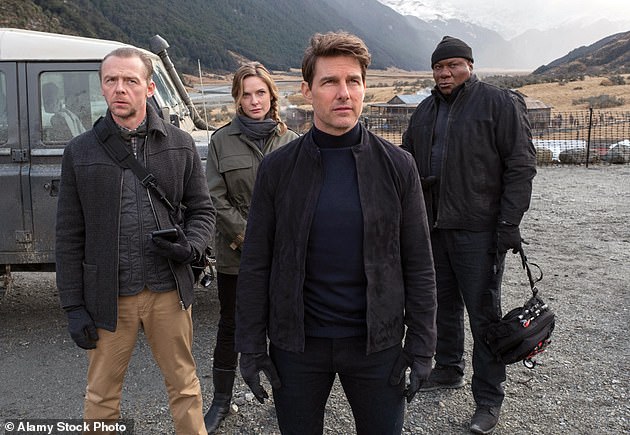 They’ll be back! First assistant director Tommy Gormley said on Tuesday that Paramount are hoping to restart work on the blockbuster this autumn (pictured from MI: Fallout)

‘We hope to visit all the countries we planned to and look to do a big chunk of it back in the UK on the backlot and in the studio, so September through to end April/May is our targets. We are convinced we can do this.’

Tommy went onto hint that ‘tens of thousands’ of film industry staff needed to return to work, after almost all Hollywood films were put on hold as COVID-19 continued to spread.

He added: ‘We have to do it safely and protect our colleagues, but it is definitely possible and we’re working flat out to make it happen.’

Christopher McQuarrie, who directed the last two installments Rogue Nation and Fallout, was back behind the camera for the latest film.

But as COVID-19 spread rapidly in Italy, producers decided to move production to the UK, with the entire cast sent home by producers. 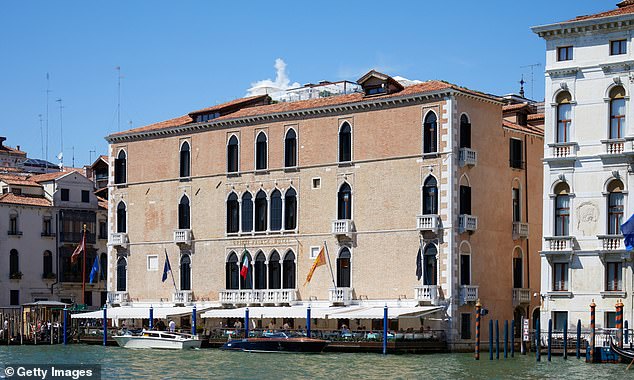 Outbreak: Tom was forced to hole up in one of Venice’s luxury hotels in February after action scenes on gondola boats could not go ahead as the virus rapidly spread across Italy