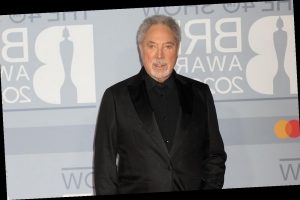 The ‘Delilah’ singer feels great as he is looking forwards to returning to the stage and doing ‘some live shows’ now that he has received his two doses of coronavirus injections.

The 80-year-old singer has become the latest celebrity to get the jabs, and he’s hopeful they will serve as the first step towards performing live once again.

“I’ve had the two (shots) and I’m now bulletproof!” he laughed on Britain’s “The Graham Norton Show“, which airs on Friday night (29Jan21). “It’s a great feeling. I thought, ‘I’ll be able to go out and do some live shows now,’ but then I thought, ‘You’ve got to have an audience for that!’ If they haven’t had the jab, what’s the point?”

Tom has been spending the pandemic singing “around the house” since he is unable to return to the stage just yet.

“I love it,” he smiled of performing. “I sing around the house; I sing even when I don’t get paid for it! I love to sing, I really do and any chance I have to get up and sing I will.”

Tom Jones becomes the latest celebrity to go public with his Covid-19 vaccination.

Tyler Perry, who has received the second dose of his vaccine, is even working on a documentary about the vaccine. The filmmaker hopes to allay the fears of the black community.