Tom Parker Determined to Get Rid of Cancer by March 2022 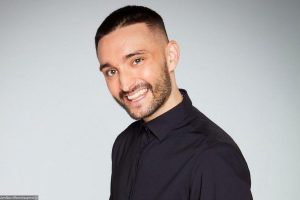 The Wanted member hopes to be cancer-free by March next year as he is currently undergoing chemotherapy and radiotherapy to treat his terminal brain tumour.

AceShowbiz –Tom Parker is aiming to be cancer-free in five months, despite being diagnosed with a terminal brain tumour.

The singer was given 12 to 18 months of survival when he was diagnosed with the inoperable tumour but, after undergoing six rounds of chemotherapy and 30 radiotherapy sessions, Tom is hoping he will be rid of active cancer cells by March (22).

“You’ll always be classed as terminal,” he told Britain’s The Sun newspaper. “They give you 12 to 18 months of survival. But that’s the general statistics. Everyone we’ve ­spoken to has been way, way beyond that.”

“Now, we’re aiming to be cancer-free by March. That’s the aim. This disease is always there. You might have residual cells but just not active. So, we’ll just carry on, just crack on and see where we get to.”

The Wanted singer, who revealed last October he had been diagnosed with a terminal brain tumour, saw his weight plummet to just 7st 7lb after six weeks of radiation sessions, and he even considered quitting the treatment.

“Those were the darkest days of my life,” he added. “Going up there and lying under those radiation machines were awful. It’s awful. It’s unnerving.”

“You’re thinking, ‘Is this doing any good? Is this making a difference? Is there any point in me doing this if I’m going to die? I’m not putting myself through this.’ And chemo was brutal. I wouldn’t wish it on anyone.”