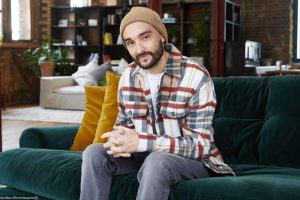 Months after going public about his ongoing health crisis, The Wanted singer thanks fans for love and support as he promises to give an update on how his treatment is going.

AceShowbiz –Tom Parker is struggling to “find strength in sadness” amid his ongoing health crisis. The Wanted singer is currently battling stage four glioblastoma but he insists he won’t be sitting at home “feeling sorry for himself” as he wants to be able to “move forward with his head held high”.

Writing on his Instagram story over the weekend, he shared with his followers, “If you think I’m just sat at home feeling sorry for myself… I will not do that!”

“Don’t get me wrong I could easily do that. There’s times of overwhelming sadness but I don’t find strength in sadness. It’s a terrible situation but I’m moving forward with my head held high.”

“Thank you all for the love and support I’ll give you an update later about how treatment is going. [sic]” 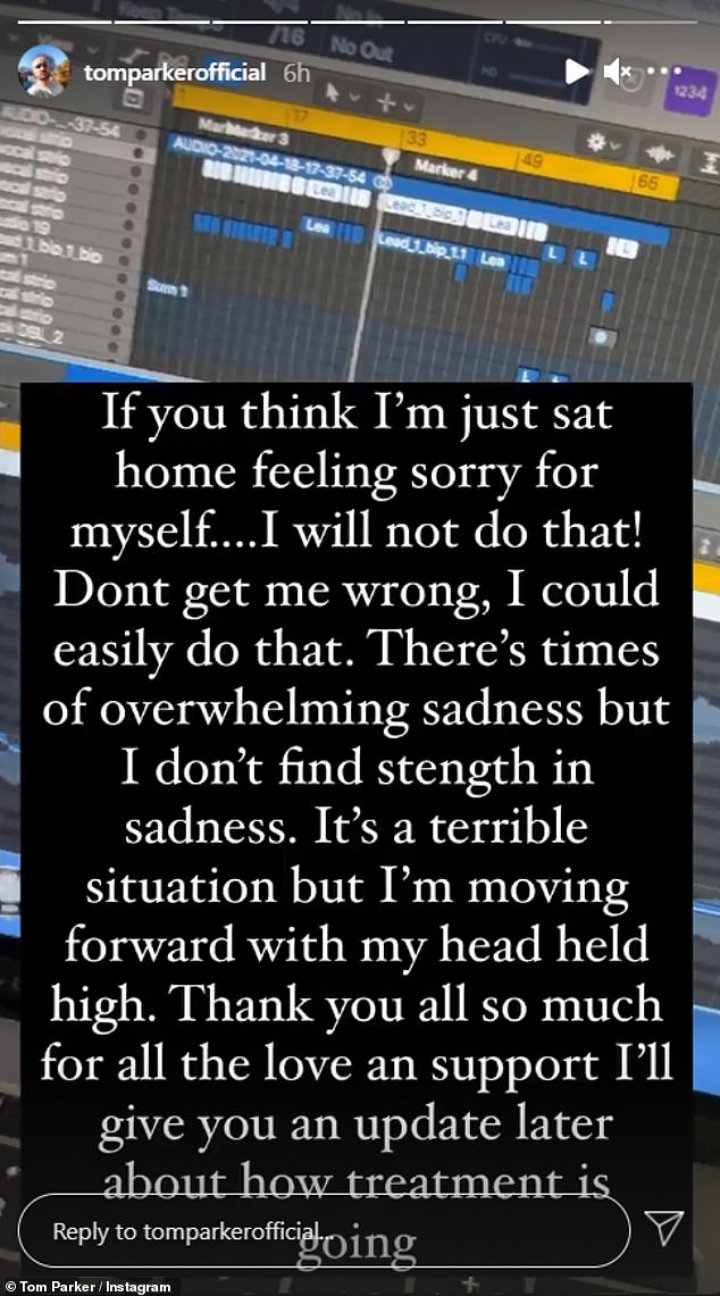 Tom Parker thanked fans for support amid his health issues.

Meanwhile, his bandmate Max George recently revealed that Tom’s doctors are “shocked” by how well he is responding to treatment for his brain tumor, as he insisted that nothing puts Tom down.

“Tom’s got something called glioblastoma, which is quite an aggressive form of brain tumour, but he’s had his first bout of chemo and radiotherapy, which he has responded to unbelievably. Doctors were actually shocked by how well he’s responded – all of his tumors have been suppressed, so he’s in the best hands,” Max said.

“Nothing puts Tom down, nothing. When you talk to him it’s like everything’s normal, and he just wants that – he wants normality. He’s just had his second child, so he’s got so much to focus on – he’s doing great, he’s doing really well.”