Tommy Dorfman & Rainey Qualley Join Cast of ‘Love In The Time of Corona’! 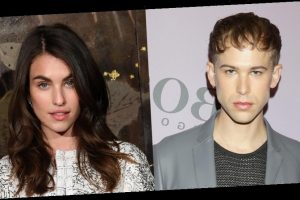 Tommy Dorfman and Rainey Qualley have been announced as among the cast of the upcoming Freeform limited series Love in the Time of Corona!

The upcoming four part series follows four interwoven stories about the hopeful search for love and connection during this time of quarantine.

Tommy will play Oscar, a successful nonbinary stylist, and Rainey will star as Elle, an aspiring singer-songwriter.

The new series will be filmed using remote technologies and filmed inside the cast’s real life homes, starting this week.

Look out for Love in the Time of Corona on Freeform in August!