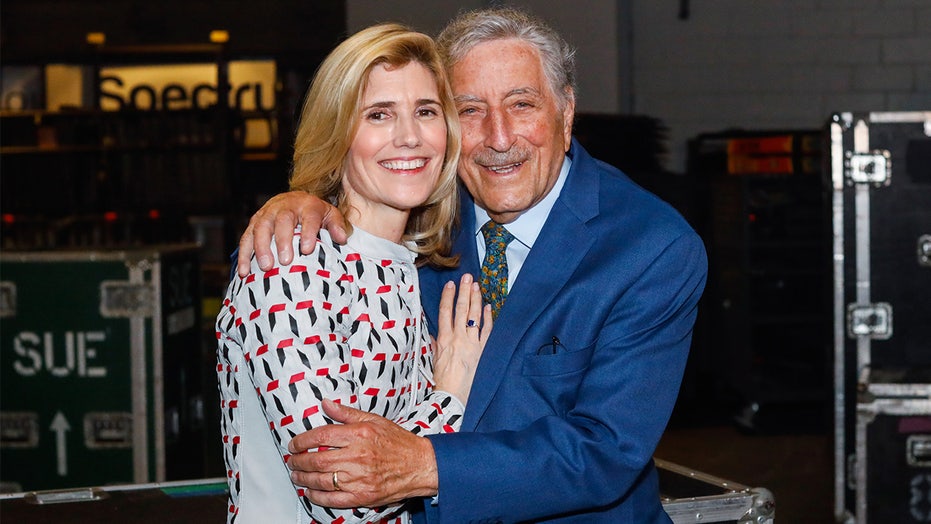 Tony Bennett’s wife, Susan Benedetto, spoke out about how the star is facing his health battle.

In February, Bennett and his family announced the crooner was diagnosed with Alzheimer’s disease. The 95-year-old performed on stage one last time alongside Lady Gaga at New York City’s legendary venue Radio City Music Hall before officially retiring.

On Sunday, Benedetto detailed her husband’s condition during an appearance on “60 Minutes.”

“He recognizes me, thank goodness, his children, you know, we are blessed in a lot of ways,” she said. “He’s very sweet.”

“He doesn’t know he has it,” she noted, referring to Bennett’s illness. 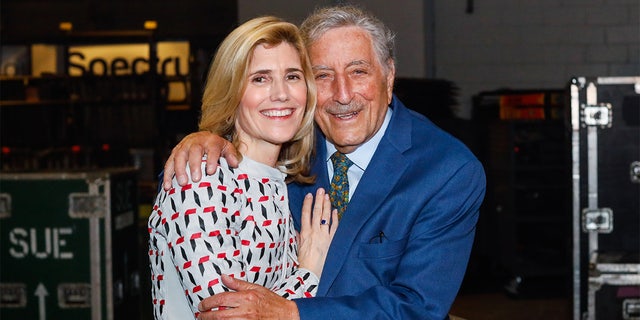 Despite the heartbreaking condition, viewers witnessed Bennett performing a song with his pianist without using sheet music or lyrics in front of him.

“Tony likes to say he’s in the business of making people feel good, and he still is,” said Benedetto.

Dr. Gaytari Devi, who diagnosed Bennett with Alzheimer’s, said during the broadcast that the singer “knows he’s Tony Bennett and he knows how to behave like Tony Bennett.”

“That’s an area of the brain that’s just so an innately hardwired part of his brain,” she said. “And it’s also an area of his brain that gives [him] real meaning and purpose in his life, and it’s imbued with emotion.” 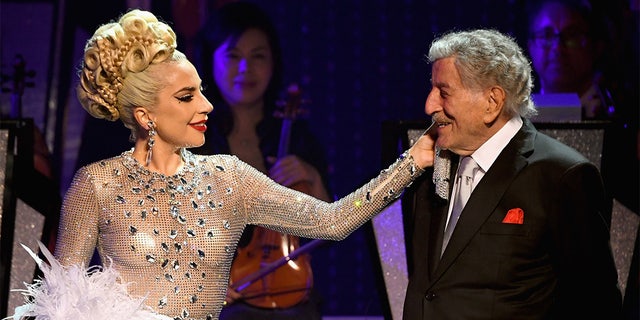 In August, the singer’s son Danny Bennett revealed to Variety that his father was pulling out of concerts in New York, Maryland, Connecticut, Arizona, Oklahoma and Canada.

“It’s not the singing aspect but rather the traveling,” Danny told the outlet at the time. “He gets tired. We don’t want him to fall on stage, for instance. We’re not worried about him being able to sing. We are worried, from a physical standpoint… about human nature.”

Bennett first noticed something was wrong in 2015 when he complained to his wife that he couldn’t remember the names of the musicians who were on stage with him during a performance. 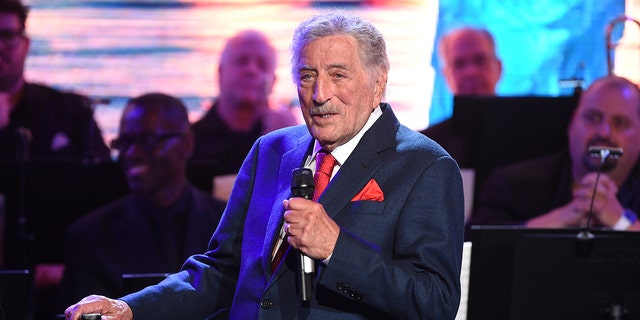 Tony Bennett performs at the Statue of Liberty Museum opening celebration on May 15, 2019, in New York. Bennett has canceled his fall and winter 2021 tour dates. The legendary crooner is pulling out of concerts in New York, Maryland, Connecticut, Arizona, Oklahoma and Canada.
(Evan Agostini/Invision/AP)

“So, we got him a list that he put on the piano,” his wife told AARP. “But he wasn’t happy about it.”

While Susan initially believed the memory lapse was part of the aging process, Bennett wanted to see a doctor.

The outlet referenced raw documentary footage from recording sessions where Bennett was “considerably more muted.” When he did speak, his words were “halting” and at times, he appeared “lost and bewildered.” Gaga, who was aware of his condition, kept her utterances short and simple, as recommended by experts.

Today, Bennett receives plenty of support from his family. Devi told the outlet she was impressed by Benedetto’s devotion as a caregiver. The couple tied the knot in 2007.

“I’ve been humbled by the level of devotion,” Devi explained. “She also expects a lot from him. I think her background as a teacher helps, but she’s also very much in love with him. And he rises to her expectations.” 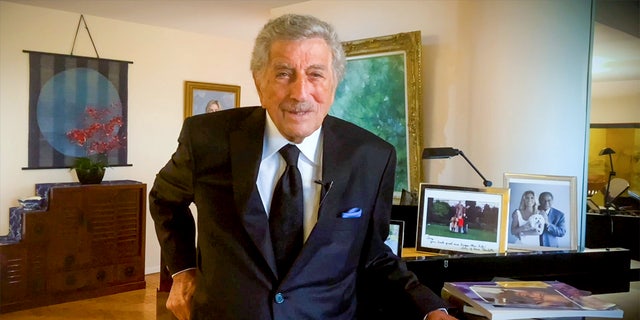 While Bennett doesn’t wander as some do, Benedetto is always with him. His son Danny handles the patriarch’s business affairs. As for the music, Bennett still has singing sessions at home to stay active.

“There’s a lot about him that I miss,” his spouse noted. “Because he’s not the old Tony anymore. But when he sings, he’s the old Tony.”