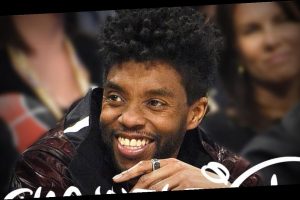 The powerful artwork by Nikkolas Smith was unveiled Thursday in Downtown Disney outside Disneyland in Anaheim … and it’s a fitting tribute to Chadwick’s legacy in a number of ways.

Nikkolas calls the mural his “King Chad” tribute and says … “It is a full circle moment for me: my final two projects as a Disney Imagineer last summer were working on the Children’s Hospital project and the Avengers Campus.”

The child in the mural appears to be wearing a hospital gown. As you know, Chadwick spent a lot of time visiting young cancer patients, even as he silently battled colon cancer.

Nikkolas adds, “To millions of kids, T’Challa was a legend larger than life, and there was no one more worthy to fill those shoes than Chadwick Boseman.”

Since his death last month, Chadwick’s continued to inspire fans … especially kids who’ve been moved to create their own tributes to their hero, and this new mural captures that spirit.

END_OF_DOCUMENT_TOKEN_TO_BE_REPLACED

END_OF_DOCUMENT_TOKEN_TO_BE_REPLACED
We and our partners use cookies on this site to improve our service, perform analytics, personalize advertising, measure advertising performance, and remember website preferences.Ok