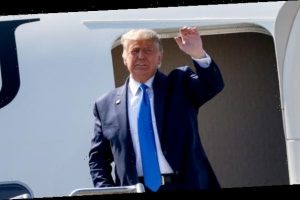 Donald Trump apparently thinks his presidency was such a success that a major airport will bear his name in legacy. Now Twitter users — including a U.S. Senator — are mocking his Trump airport name dreams.

For major airport to bear a president’s name, they had to have been really accomplished and admired. Outgoing President Donald Trump seems to think he’s done enough to have a Donald J. Trump International Airport exist in the U.S., and has reportedly been asking about what it will take to get one since losing the Nov. 2020 election (though he has yet to concede). According to The Daily Beast, the 74-year-old “offhandedly asked what kind of ‘paperwork’ was necessary to get an airport named after a former president.” 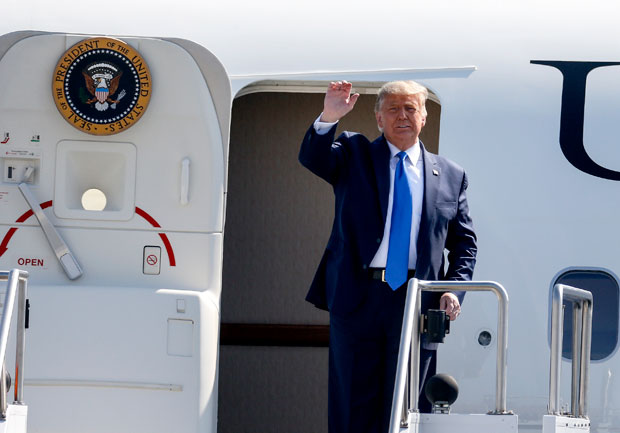 The site also reported that a source close to Trump “mentioned that ‘no president’ wants an American airport that has a bad reputation or crumbling infrastructure named after them.” The Daily Beast also mentioned that in 2018, Trump expressed a “desire for having a national or international airport in the United States named after Donald J. Trump, and that he hoped there would be an aggressive organized effort to do so.” Now folks on Twitter — including U.S. Senator Amy Klobuchar — are getting a hearty laugh at Trump’s lofty airport naming dreams.

The 60-year-old senator from Minnesota tweeted an article about Trump’s airport naming hopes and wrote, “We might not name an airport after you but I know I can find some friends to chip in for a plane ticket on January 20th,” which is the day President-Elect Joe Biden is sworn in in Washington D.C. User @winzaloft replied to Amy and snarked, “You may have a difficult time finding a community willing to name their airport ‘Crash and Burn.’”

User @DeanObeidallah tweeted, “Trump wants an airport named after him – But I thought we were removing names of white supremacists from publicly owned facilities?!” while @Jeanne_Mann tweeted, “No airport. No battle ship. No aircraft carrier. No bridges. No anything. The name Trump is cursed in American history, because #ETTD,” which stands for “Everything Trump Touches Dies.”

Another user posted a photo of a huge pile of damaged aircraft and called it “Trump Airport,” while @ThanatosHelps pointed out that the three letter airport code for Sioux City, Iowa’s Sioux Gateway Airport is “SUX,” which they thought would be apropos for any airport bearing Trump’s name.

Some Twitter users had other ideas for what should bear Trump’s name post-presidency. “Trump wants a city to honor him by changing an airports name to him. He told his aides. He was wondering which airport will be renamed. I suggested a Landfill,” @timruss2 tweeted, while @HandedSociety noted, “I’d be 100 percent in favor of naming a raw sewage treatment plant after Trump. #trumpairport.” If Twitter is any indication, absolutely no one wants to take a flight in or out of a Donald J. Trump Airport. But plenty think a dump named after Trump is more reflective of his presidential legacy.

END_OF_DOCUMENT_TOKEN_TO_BE_REPLACED

END_OF_DOCUMENT_TOKEN_TO_BE_REPLACED
We and our partners use cookies on this site to improve our service, perform analytics, personalize advertising, measure advertising performance, and remember website preferences.Ok