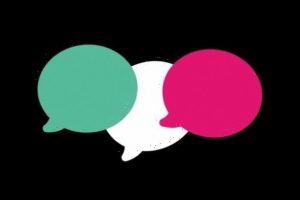 Every week, HuffPost editors read your comments on our top stories and highlight those that cut through the noise and make us think, help us see things from a different perspective, start conversations or even change our minds.

For a chance to be featured here, participate in the comments by clicking the gray speech bubble to the left, next to the social share icons, which will open up the comments panel.

Comments have been edited for clarity, spelling, punctuation and length.

What We Know About Trump’s Condition After Contracting COVID-19

“I don’t want to see anyone else die of this virus, including Trump.  Having got that out of the way, it highlights his hypocrisy that he’s taking an experimental treatment that is not available to the general public.  He feels you’re not entitled to the same quality of healthcare as he is.”

“I hope Trump recovers fully, even though I certainly am no fan of his. I suspect he is sicker than we’re being told, given this administration’s penchant for lying and minimizing.”

“Disgraceful. I don’t know what’s worse — Trump’s behavior or the people who are still undecided after witnessing it.”

“As a small business owner, I have to pay into payroll taxes every month and $750 doesn’t even cover a fraction of one months fed tax contribution for myself. I pay more than that for my monthly state taxes. Any hard working American is paying way more than this per year and should be furious.

“If the report’s inaccurate then correct it by providing the proof. let’s see these tax returns showing the tens of millions of dollars he has paid.”

“If you can’t follow the classic rules of debate decorum for an hour or two, you cannot serve a President of the United States, let alone be one.”

“I’ve got no problem with mic control as long as it is shown when it is being done. That way, we can tell whether or not it’s being done equally/fairly (as we already know other networks have assisted candidates in the past). In fact, just turn off the mic of the opposing candidate when it’s not their turn to talk.”

“There are some tenets of conservatism I agree with; fiscal responsibility, individual freedoms, and, like the Eisenhower Republican, stayed out of other people’s bedrooms. But today’s GOP is absolutely none of these.”

“It is so refreshing to see someone who has decided that their own values are more important than toeing the party line. While you and I, I imagine would agree on very little politically, I have to admire your determination to recover some semblance of the party I grew up with.”

END_OF_DOCUMENT_TOKEN_TO_BE_REPLACED

END_OF_DOCUMENT_TOKEN_TO_BE_REPLACED
We and our partners use cookies on this site to improve our service, perform analytics, personalize advertising, measure advertising performance, and remember website preferences.Ok