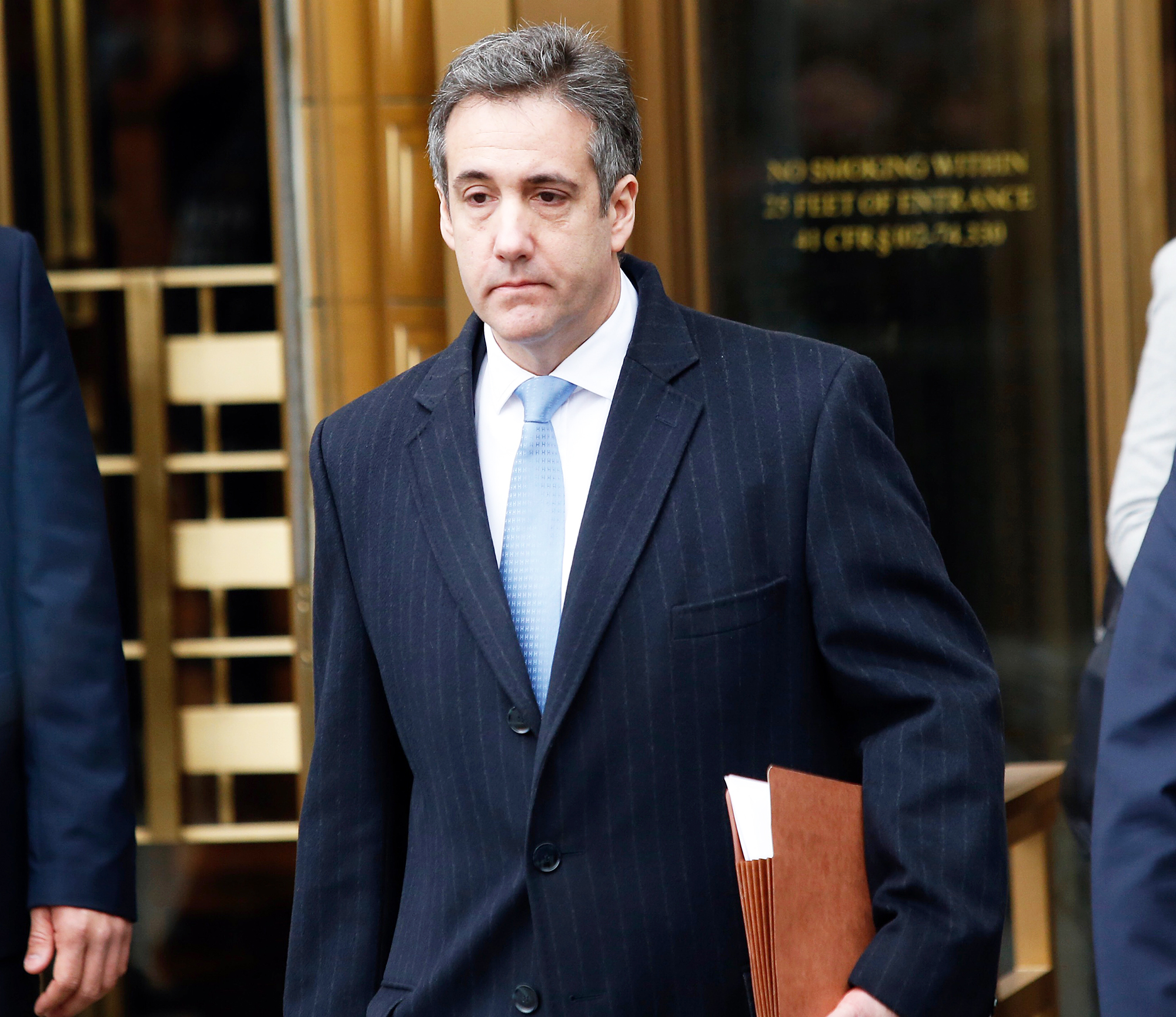 The 52-year-old, who once said he would “take a bullet” for Trump, slightly shook his head and closed his eyes as U.S. District Judge William H. Pauley III made the announcement in federal court in New York City. He was ordered to surrender to prison on March 6, 2019.

Earlier in the day, the attorney blamed his actions on his “blind loyalty to Donald Trump” and said he “felt it was my duty to cover up [Trump’s] dirty deeds.” He also apologized to the public, saying, “Lying to you was unjust.”

Cohen pleaded guilty in August to evading $1.4 million in taxes related to his personal businesses. He also confessed to breaking campaign finance laws by arranging payments to Daniels, 39, and McDougal, 47, at the direction of Trump, 72, during the 2016 presidential election.

The former Celebrity Apprentice host has repeatedly denied having affairs with Daniels and McDougal.