Uma Thurman suited up in her iconic ‘Kill Bill’ jacket for a sweet photo with her daughter Luna, who matched the actress with her own yellow jacket.

Uma Thurman, 51, just fueled some serious nostalgia for all the Kill Bill fans out there. Nearly 18 years after the first flick from Quentin Tarantino‘s martial arts film series was released, Uma slipped on her iconic yellow jacket with black stripes that she wore to play the Bride in an epic new Instagram photo. And Uma wasn’t alone for the snapshot — her 9-year-old daughter Luna Thurman-Busson joined in and even wore her own matching Kill Bill jacket!

For the pic, which Uma posted but then deleted from her IG account on Sept. 21, the mother-daughter duo struck up the same fierce pose on their driveway outside while wearing their jackets. Uma placed her hands on her hips and spread her legs out, while her daughter adorably stared at her famous mom to do the same. Under her jacket, Uma wore a striped shirt, gray sweatpants, and tall black boots.

Uma starred in the original 2003 Kill Bill movie and its sequel, which was released the next year. The film followed the Bride (Uma) traveling to Tokyo to get revenge on a team of assassins, played by Lucy Liu, Vivica Fox, Michael Madsen, and Daryl Hannah, as well as their leader Bill (David Carradine), for trying to kill her and her unborn child. 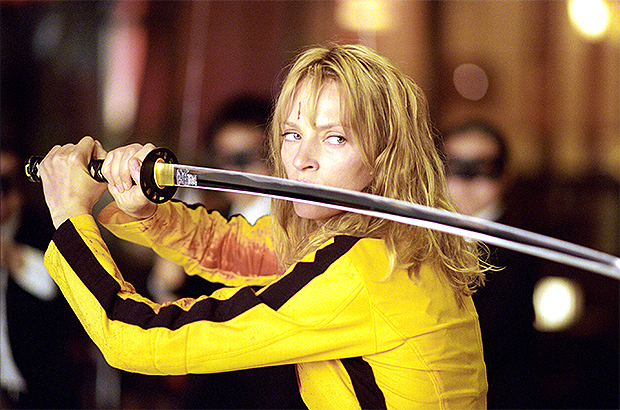 On the same day Uma posted her Kill Bill pic, the Golden Globe winner penned an op-ed for the Washington Post, in which she slammed Texas’ new anti-abortion law and revealed that she got an abortion when she was a teenager. “I started my acting career at 15, working in an environment where I was often the only kid in the room. In my late teens, I was accidentally impregnated by a much older man,” Uma said. “I was living out of a suitcase in Europe, far from my family, and about to start a job. I struggled to figure out what to do,” she added. 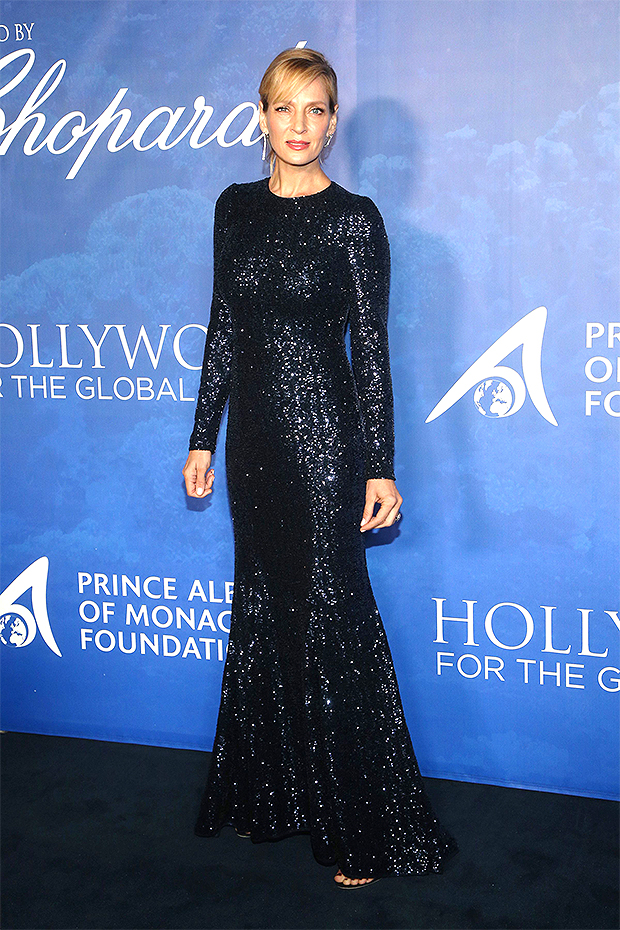 Uma, who has three children, daughters Luna and Maya Hawke, 23, and son Levon Thurman-Hawke, 19, went on to reveal that she got the abortion in Germany after informing her family, and that “It hurt terribly, but I didn’t complain.” She continued, “The abortion I had as a teenager was the hardest decision of my life, one that caused me anguish then and that saddens me even now, but it was the path to the life full of joy and love that I have experienced. Choosing not to keep that early pregnancy allowed me to grow up and become the mother I wanted and needed to be.”

The Pulp Fiction actress closed out her emotional op-ed by expressing support to the women in Texas amidst the controversial new abortion law. “I say: I see you. Have courage. You are beautiful. You remind me of my daughters,” Uma wrote.