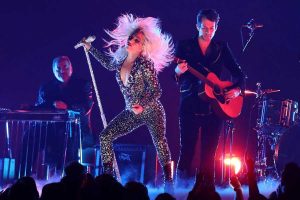 NYSE-listed PSTH is a special purpose acquisition company (SPAC) affiliated with Pershing Square Holdings, and is led by billionaire CEO Bill Ackman. Pershing Square and Vivendi both confirm that the proposed transaction would represent an enterprise value for UMG of €35 billion ($42.4 billion at current exchange rates). The news was first reported by the Wall Street Journal Thursday evening.

PSTH said the deal was “subject to the completion of mutually satisfactory transaction documentation, but is not subject to additional due diligence.”

Want to Dream With Post Malone? 'Sleep Remixes' Are Now a Thing

The United States of Weed

“Universal Music Group is one of the greatest businesses in the world,” said Bill Ackman, CEO of PSTH. “Led by Sir Lucian Grainge, it has one of the most outstanding management teams that I have ever encountered. Importantly, UMG meets all of our acquisition criteria and investment principles as it is the world’s leading music company, with a royalty on the growing global demand for music. We are delighted to work with Vivendi on this iconic transaction, and look forward to its consummation.”

Unlike most SPAC business combinations, PSTH and UMG will not combine into one company following the transaction.

Later this year, after Vivendi completes its previously announced listing of UMG on Euronext Amsterdam, PSTH plans to distribute the acquired UMG shares to its shareholders.

Some 60% of UMG will be spun out in Amsterdam. Should the PSTH transaction go through, that would leave the remaining 40% of UMG divided up thusly: 10% to PSTH; 10% to Vivendi; 20% to a consortium led by Tencent Holdings.

PSTH expects to fund the transaction with cash held in its trust account from its IPO on the NYSE ($4 billion plus interest), and approximately $1.6 billion in additional funds from the exercise of its Forward Purchase Agreements with the Pershing Square Funds and affiliates. Approximately $4.1 billion of these proceeds will be used to acquire the UMG shares and pay transaction costs, with the $1.5 billion balance to be retained by PSTH Remainco.