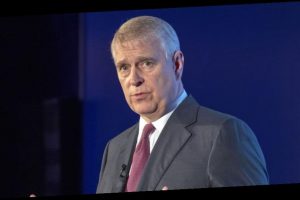 A formal interview request has been issued for Prince Andrew for his involvement regarding the Jeffrey Epstein case.

NBC News is reporting that the Department of Justice is wanting to speak to the 60-year-old Duke of York as part of their investigation into Epstein’s history of sexual abuse.

Andrew is known as a former associate of Epstein‘s and has been accused by one of Epstein’s accusers of having sex with her when she was 17 years old.

His lawyers, however, state that he has already cooperated with them in their investigation.

“Unfortunately, the DOJ has reacted to the first two offers by breaching their own confidentiality rules and claiming that the Duke has offered zero cooperation,” a statement from them reads. “In doing so, they are perhaps seeking publicity rather than accepting the assistance. We were given an unequivocal assurance that our discussions and the interview process would remain confidential.”

Previously, Prince Andrew has reportedly not been cooperating with the case at all. It’s also rumored that he’ll never return to royal duties.