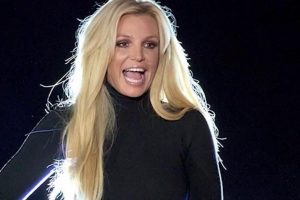 Will Britney Spears win battle over her money and affairs?

A video of Britney Spears telling fans she had a 102-degree fever onstage resurfaced after a bombshell report claiming she was once forced to perform while under the weather.

After Spears’ backup dancers invited a male fan named Fred onstage to partake in a performance of her song “Freakshow,” she turned to him and said, “It’s going to be really, really hot up here. I’m warning you,” according to the video.

The clip went viral on Twitter hours after the New York Times published a story on Tuesday about the Grammy winner’s conservatorship and how she has repeatedly tried to end it over the years to no avail.

Citing a transcript from confidential court documents, the newspaper reported that Spears said during a closed-door court hearing in May 2019 that she had been forced to perform while sick with a 104-degree fever. She called it “one of the scariest moments of her life,” according to the Times.

“Dear @britneyspears ….I feel like we owe you an apology,” Zachary Gordon, the fan who posted the video of the entertainer saying she was sick onstage during her “Piece of Me Tour” stop, tweeted on Tuesday.

“We bought into the whole hype of BRITNEY the performer, without much consideration for how Britney Jean Spears, the person, was coping through each day,” Gordon continued. “Looking back now, I remember you saying this in front of me… and I just thought ‘Wow, she’s such a trooper and cares so much to put on a show for her fans.’ Now I can see with clear eyes that this was a dig at the people controlling you, making you go onstage, performing under high powered lights, all while you had a high-grade fever.”

Spears, 39, is set to make a rare court appearance Wednesday in her fight to have her estranged father, Jamie Spears, removed as one of her conservators.

Jamie, 68, has been a key player in the conservatorship, which was put in place in February 2008 after his daughter’s public breakdown. While he temporarily stepped down in September 2019 as the person in charge of Britney’s personal affairs, Jamie still has partial control over her multimillion-dollar estate.

A source exclusively told Page Six last month that Britney wants her dad removed from the case entirely “because his role has come between them numerous times and has damaged their relationship.”

The Times reported Tuesday that Britney and Jamie’s relationship has always been rocky, in part because of his history of alcoholism, but things between them have only continued to worsen in recent years.

Jamie has denied any wrongdoing as Britney’s conservator, telling CNN in December that his only goal has been to “safeguard, protect and continue to love Britney unconditionally.”