Wait, Did Kourtney Kardashian & Travis Barker GET MARRIED In Vegas?!? See The Evidence!!! 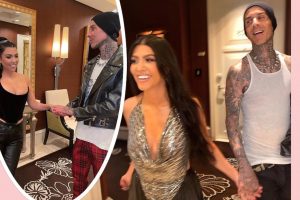 If so, the KUWTK star’s hairstylist broke the cardinal rules of both Sin City AND celebrity hair — because he totally let the cat out of the bag! Not that we’re complaining. You go, Glen Coco!

OK, rewind. We know the couple spent the weekend in Vegas, attending the big UFC fight night. They were a little hard to miss as they apparently wouldn’t stop kissing amid the carnage.

They also posted some pics of their time in the hotel — which led to some social media flirting that was a little too True Blood for our tastes, but hey, to each their own.

Buuut, it was what Glen said that has fans doing a double take. The stylist posted one of the many pics we’ve already seen. However, his caption was très intriguing, because what he said about the romantic trip was:

“…NOWWW I understand why ppl tie the knot in Vegas. There’s nothing like love AND a good time.”

Oh, and there was even a chapel emoji.

Was he just making a random observation? Romance plus Vegas made him think of weddings? Or was he accidentally spilling on what was REALLY going on between the two??

Some fans were certainly reading the post that way. Commenters said:

Ordinarily we’d just assume there was nothing to this until we heard something more concrete. But Glen wasn’t the only one making people think I DOs may have been exchanged…

Travis’ own daughter, Alabama Barker, who has been a big fan of her dad’s relationship with the reality star, posted one of the Vegas pics late Monday night with a verrry inneresting caption:

“So happy for you guys” 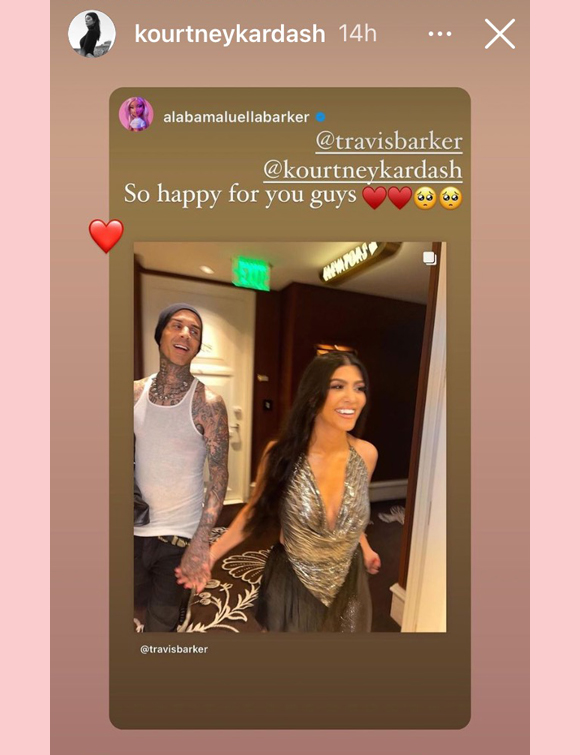 That, too, could just be a general statement and not necessarily implying wedding bells. But BOTH of those comments at the same time??

Certainly neither of the two celebs are rushing to have their PR teams correct the record or clear things up. Could that be because they’re enjoying the speculation? Or they just don’t care that everyone learned they had a spontaneous quickie Vegas wedding — just like their favorite movie, True Romance??

What do YOU think?? Hitched? Or not??