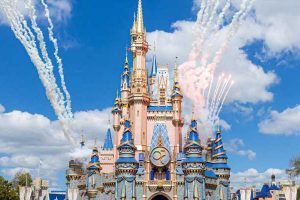 Walt Disney World ticket prices are going up, but not all parks will be the same!

These new pricing options will now include theme park reservations automatically included with a one day, one park ticket, according to Deadline.

Find out more inside…

Depending on which day you’re looking to buy, that will determine how much the ticket will cost.

Check out the new ticket price ranges below…

“We continue to focus on providing guests with the best, most memorable Disney experience, and we’re doing that by growing our theme parks with incredible new attractions and offerings,” a Disney spokesperson told Deadline. “We are also making planning easier with new one-day tickets that automatically include a guest’s theme park reservation and continue to provide a wide range of options to visit throughout the year, including our lowest priced ticket of $109 which has not changed in more than four years.”

In December, Walt Disney World will also be updating the pricing options for add-ons, including Park Hopper and Park Hopper Plus.

If you missed it, get some info on new features coming to EPCOT and Splash Mountain’s upcoming Princess and the Frog overhaul.