Wedding Bells? Sarah Hyland Says She's Next to Get Married

Getting ready to say “I do”? Sarah Hyland’s Shadowhunters: The Mortal Instruments costar Matthew Daddario celebrated his first wedding anniversary with wife Esther Kim on Monday, December 31, prompting the Modern Family actress, 28, to tease her own possible nuptials.

“Happy anniversary gonna be hard to top last years [sic] celebrations!” Kim, 29, captioned an Instagram picture of herself and Daddario, 31, kissing at their wedding, to which Hyland responded, “Next marriage is me ok???” 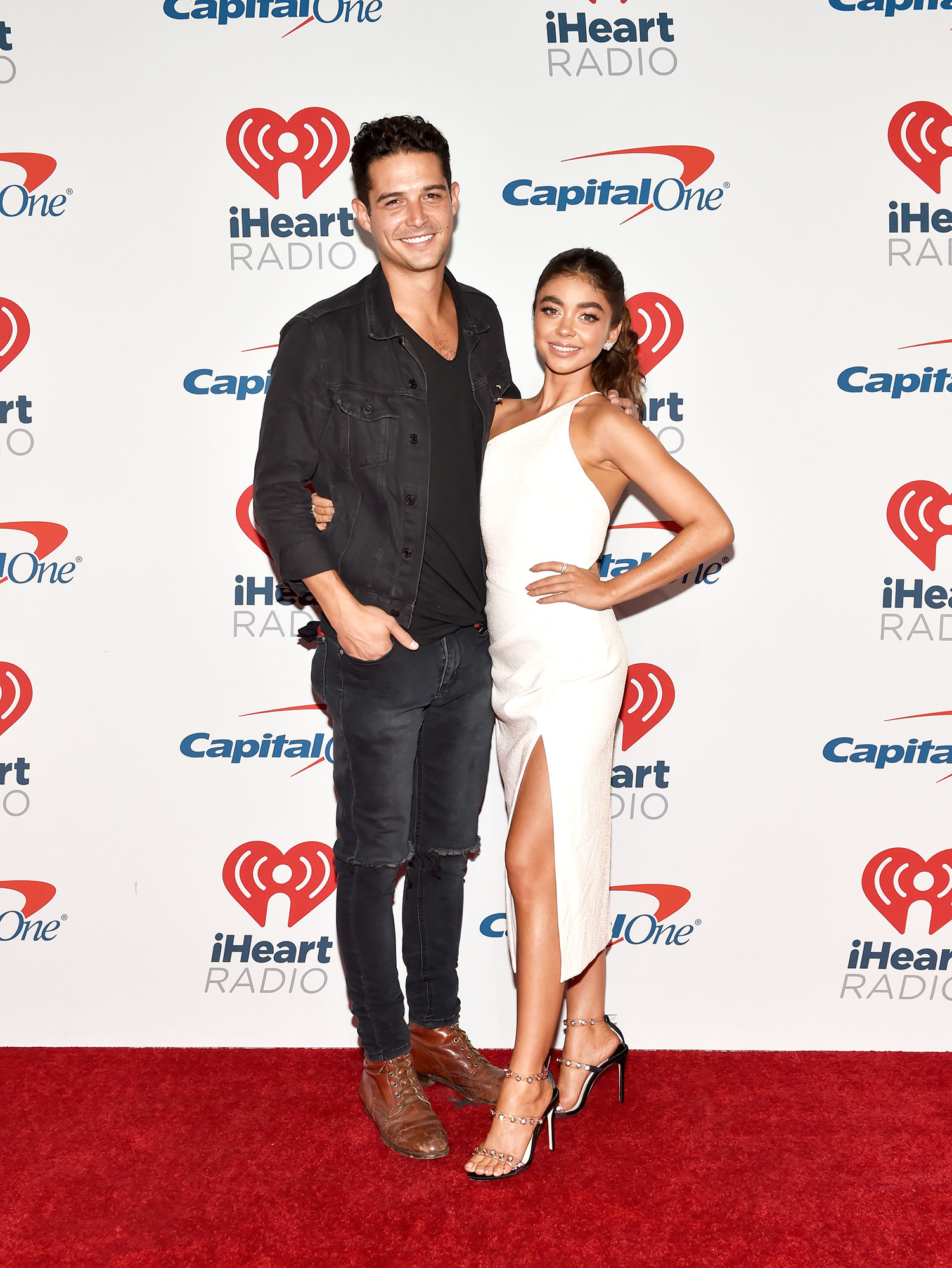 The Naomi and Ely’s No Kiss List actor, 31, also posted photos from the ceremony on Monday as Hyland commented, “God I love you two.”

Hyland had a rough 2018, going through a second kidney transplant and dealing with her cousin’s tragic death, but her boyfriend, Wells Adams, whom she has been dating since October 2017, stuck by her side through everything.

“Sarah is the strongest woman I’ve ever met,” the former Bachelorette contestant, 34, told Us Weekly exclusively in December. “Imagine having a vital organ replaced. Imagine having 16 surgeries, going to hundreds of doctors visits and taking thousands of pills. Imagine losing crazy weight because of dialysis, medication side effects and stress. Then imagine, having to do it all over again. This time keeping it quiet while you recovered, all while trolls on the internet judged you for your appearance.”

He continued, “Oh, and throw in filming the funniest show on TV and executive producing and starring in a movie … and never breaking down. Never losing it. I know Gal Gadot is Wonder Woman on film, but Sarah is the real-life version.”

Hyland responded to Adams’ sweet comment on Twitter by using emojis to call him the “[king] of my [heart].”

The couple celebrated the new year at the El Dorado Maroma resort in Riviera Maya, Mexico. The Bachelor in Paradise bartender posted a picture of the pair surrounded by 2019 decorations as they locked lips on Tuesday, January 1. “For every NYE post with a ‘thank u, next’ caption, a drunk girl finds her phone. #ExperienceElDorado @eldoradoresorts @karismahotels,” he captioned the PDA-packed snapshot, referring to Ariana Grande‘s latest hit.

Hyland, meanwhile, uploaded a beach selfie on Thursday, December 27, and wrote, “Closing up another year with this one by my side. My [heart] @wellsadams.”