Home » Celebrities » Were Meghan And Harry Really Ready To Name Who Made Racist Comments About Archie?

Were Meghan And Harry Really Ready To Name Who Made Racist Comments About Archie? 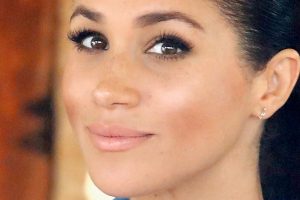 During their sit-down interview with Oprah Winfrey that aired back on March 7, Prince Harry and Meghan Markle dropped some major bombshells about the royal family. One of the most talked about claims made by the Duke and Duchess of Sussex was that there were concerns amongst the royal family about the skin tone of their first born child. “[There were] concerns and conversations about how dark his skin might be when he was born,” Meghan told Oprah, according to CNN. “That was relayed to me from Harry. Those were conversations that family had with him,” she said, adding that she wouldn’t reveal who was behind these remarks. “That would be very damaging to them,” she said.

When Harry joined Meghan and Harry later in the interview, Oprah brought up what Meghan had shared. “That conversation, I am never going to share. At the time, it was awkward, I was a bit shocked,” he said (via CNN). After the interview aired, Buckingham Palace released a statement, and specifically mentioned this particular claim. “The issues raised, particularly that of race, are concerning. While some recollections may vary, they are taken very seriously and will be addressed by the family privately,” the statement read, in part, according to the Associated Press.

And while it seemed that Harry would never reveal who might have had concerns about Archie’s skin tone, it’s possible that he was actually considering it. Keep reading to find out more. 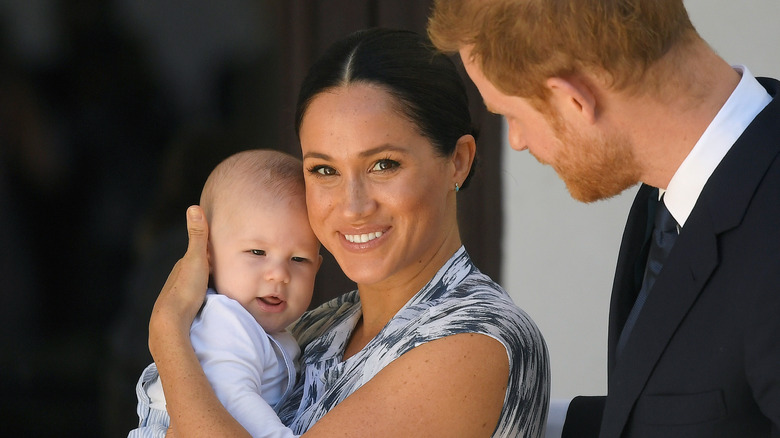 In discussing The Firm’s concerns over Archie’s skin tone, Prince Harry did tell Oprah Winfrey that it was neither of his grandparents, Queen Elizabeth or Prince Philip, that said anything of the sort, according to the Daily Beast. However, in the updated version of the book “Finding Freedom,” royal authors Omid Scobie and Carolyn Durand wrote that the Duke and Duchess of Sussex actually thought about revealing the name of the family member who spoke up about their unborn baby’s skin tone, according to the Daily Mail. Without giving away many additional details on the matter, Scobie and Durand simply shared that Meghan and Harry ultimately decided to not reveal the name(s) of anyone behind the comments concerning race. As the outlet points out, Scobie and Durand are thought to be close to Meghan and Harry, wherefore this is information that they may know first-hand.

The new version of “Finding Freedom” also includes a bold claim that the royal family was “understood to have been quietly pleased” that Meghan was unable to attend Prince Philip’s funeral back in April, according to the Daily Mail. At the time, she was not given the green light to travel by her physician, People reported.