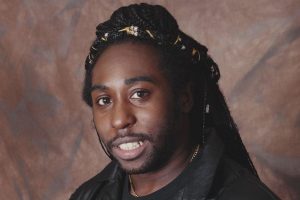 Wham! and George Michael's bass player Deon Estus has died at the age of 65.

The news was announced on the musician's official Twitter page alongside a photo of him holding a guitar. A statement in the caption read: "It is with real sadness I post that Deon Estus passed away This Morning.

"Deon was mostly known as the third member of Wham! Deon was passionate about music and loved interacting with his loyal fans. #onlyloveisreal @billboard @RollingStone @BBCBreaking".

Deon's cause of death has not been revealed.

Fans were quick to share their condolences as they flocked to the comments section.

One person wrote: "Such sad news and terrible loss [broken heart emoji] Deon will be sadly missed [crying emoji] my thoughts and condolences go to Deon, all his family and friends," followed by several heart emojis.

Another said: "I am shocked by this news. He was a wonderful singer and a gr8 friend with members in Wham. Always seen him with a smile on his face RIP Deon. Reunited with George again, but 2 soon," with a broken heart emoji and a rose emoji.

A third chimed: "So sorry to hear this. He contributed so much to the world of music. He helped define the 80s. And boy, What a bass player!"

Deon's partner Brenda Kaye Pierce also took to her Facebook page to share a statement on her loss.

"My dearest, closest partner and significant other of 4 years transitioned and all I can remember is our last conversation the day before." She added: "My heart will need time to heal. R.I.P. Deon. Love you forever.."

Deon was born in Detroit in 1956 and graduated from Northwestern High School in 1974.

He sang second tenor in his choir and was taught to play bass guitar by Motown's the Fun Brothers star James Jamerson.

He later gained recognition and played for George Michael during his Faith tour.

Deon also released an album titled Spell, in which he co-wrote a song with George, called Heaven Help Me.

Stay up to date with all the latest on Deon Estus by signing up to OK!'s daily celebrity newsletter.