What Happened to Beyoncé's First Clothing Line, House of Dereon? 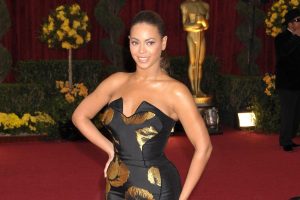 Beyoncé recently lent her talents to the swimsuit industry through her athleisure line, Ivy Park. In 2021, the “Drunk In Love” artist teamed up with Adidas for a summertime capsule called “Flex Park.” Beyoncé created the line in 2016 through a collaboration with TopShop.

Long before Ivy Park came into fruition, Beyoncé launched her first clothing line, House of Dereon. However, some fans might not know why the celebrity’s brand no longer exists.

Beyoncé and her mother, Tina Knowles, launched House of Dereon in 2006

During the 1990s, Beyoncé was best known for being the lead singer of the Grammy Award-winning group Destiny’s Child. In 2003, the artist ventured away from the trio to develop her solo career. After the success of her first solo project, Dangerously In Love, Beyoncé’s career skyrocketed. Soon, she appeared in movies such as Austin Powers’ Goldmember and Dreamgirls. In 2006, she and her mother, Tina Knowles, decided to work together on a clothing line. The duo launched House of Dereon, named after Beyoncé’s maternal grandmother.

Beyoncé and her mom worked on House of Dereon until 2012. In a 2011 interview with CNN, Knowles explained that, before the clothing line, she was Beyoncé and Destiny’s Child’s stylist. The former salon owner said she fell into the role after designers refused to loan the group clothes for award shows and other events.

Before closing its doors in 2012, House of Dereon was incredibly popular among Beyoncé’s fans. According to VH1 News, the line even ventured into a bedding collection called House of Dereon Home. Additionally, Beyoncé rocked her business while attending the 2009 Oscars.

In the same interview with CNN, the “Love Drought” singer said the idea for House of Dereon came from Destiny’s Child’s fans. Queen Bey shared that her audience often inquired about her mother’s designs, so she wanted to make the items accessible nationwide.

“She [Knowles] would make all of these beautiful clothes for myself and the other ladies of Destiny’s Child, and after so many years, my fans said we want to buy these clothes somewhere, so it was a natural thing for us to do this line,” Beyoncé shared. “And it’s so great for us to be able to do it together, number one because we get to spend time together, and two because we have such respect for each others’ taste.”

Does Tina Knowles work on Ivy Park with Queen Bey?

Shortly after House of Dereon closed, Beyoncé made several more life changes. In 2011, she fired her father, Mathew Knowles as her manager during her parents’ divorce. The following year, Beyoncé and Jay-Z welcomed their first daughter, Blue Ivy.

Once they closed House of Dereon, Beyoncé and her mother stopped working together. However, she and Knowles’ familial relationship seems to be intact, as the mother of two often shares photos of Queen Bey and her family.

Although she doesn’t have any creative control with Ivy Park, Knowles and her second husband, actor Richard Lawson, rock the line on social media, per Vogue.

According to the Adidas website, the Ivy Park swimsuit collection will launch on July 23, 2021.