What you don’t know about Jordyn Woods’ new boyfriend 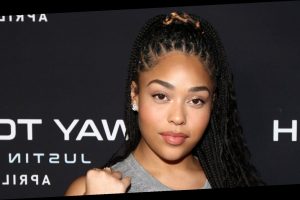 Love is in the air for Jordyn Woods! The model posted some pics to Instagram on Sept. 27, 2020, featuring herself snuggled up with Karl-Anthony Towns. The adorable duo set some fashionable couple goals by wearing matching Versace bathing suits on a dreamy beach. Woods captioned the photo, “I found you, then I found me.”

Towns posted similar photos from the same setting on his Instagram, with the caption, “There are darknesses in life and there are lights, and you are one of the lights, the light of all lights.” Woods’ mom, Elizabeth, is obviously in full support of the couple as she commented on her daughter’s photo, “Ok I’m crying,” followed by a heart emoji. Then she commented on Towns’ pic, “I think I will cry again.” Obviously mom-approved!

We are so thrilled for Woods and Towns, especially since this happy news marks Woods’ first relationship since the scandal involving Khloé Kardashian and Tristan Thompson, according to Entertainment Tonight. So this is big news, and we’ve got the whole scoop on Woods’ new bae, Karl-Anthony Towns.

Jordyn Woods’ new man, Karl-Anthony Towns, is a Dominican-American NBA player, who plays for the Minnesota Timberwolves, according to Entertainment Tonight. He’s a whopping 6’11” as ESPN points out, with size 20 shoes! In addition to being a ball player, Towns also has his own YouTube channel, where he gives followers glimpses of his life on and off the court. He gives the same candid intimacy to his 2+ million followers on Instagram.

Towns has actually been making headlines with Woods as far back as August 2019, according to Page Six, when rumors began flying that they might be a couple. However, Woods shut the speculation down herself by commenting on Instagram at the time, “Karl is like a brother to me.” (Talk about friend-zoning!) However, since then, the relationship has moved from friendship to romance and we are so excited for them both.

The two went to Cabo San Lucas, Mexico in late September 2020 to celebrate Woods’ 23rd birthday and were spotted jet skiing and cuddling up on a yacht, per ET. Towns also gifted Woods with over $50,000 worth of gifts, according to the outlet, including an “ostrich Hermes Birkin, a second Birkin and a crystal covered Chanel bag,” as well as “a signed Michael Jordan jersey, which sells for about $8,000.”

Clearly, Woods had a great birthday, thanks in large part to her new leading man.

END_OF_DOCUMENT_TOKEN_TO_BE_REPLACED

END_OF_DOCUMENT_TOKEN_TO_BE_REPLACED
We and our partners use cookies on this site to improve our service, perform analytics, personalize advertising, measure advertising performance, and remember website preferences.Ok