Home » When Will Lori Loughlin Give Her First Post-Prison Interview? 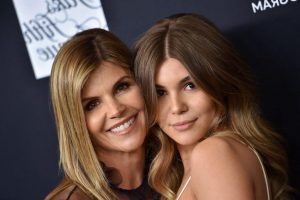 When the college admissions scandal surfaced in 2019, people were shocked to see actors such as Lori Loughlin and Felicity Huffman involved. Loughlin and her husband Mossimo Giannulli served short prison sentences and have since been released and are back at home with their daughter, Olivia Jade Giannulli. And it appears that they’re preparing to break their silence.

The college admissions scandal consisted a wide-reaching network of parents, students, and officials who took large amounts of money from wealthy parents to help their children get into top-tier universities. The conspiracy included fake standardized test scores and even doctored photos of the teenagers playing sports to pass them off as recruited athletes.

Loughlin and Giannulli’s daughter Olivia was accepted to the University of Southern California as a recruited rower. Her father allegedly helped stage the photographs of her training so she could get accepted.

Both Loughlin and Giannulli were indicted in the FBI’s investigation of the scandal, named Operation Varsity Blues, in 2019. While Huffman accepted her fate and pleaded guilty in the beginning, Loughlin maintained her innocence for months.

Loughlin served her sentence in Northern California from October to December 2020. While she was locked up, she wasn’t able to be visited by anyone due to the COVID-19 pandemic. Giannulli reported to prison in November 2020 and was released in April 2021 to serve the rest of his sentence under house arrest.

Instead of staying out of the spotlight after her prison sentence, Loughlin is reportedly ready to speak about her experience in a sit-down interview. According to HollywoodLife, a source close to the matter said that Loughlin wants to do the interview with Giannulli, and her husband initially wasn’t on board with the idea.

“Lori has always wanted Mossimo to take part in an interview when she’s ready to talk,” the source said. “It’s a very difficult situation and she needs to speak to her lawyers about what she can say and what she shouldn’t say.”

Giannulli reportedly didn’t want to appear on-camera with Loughlin for an interview, but he’s changed his mind after the release of the Netflix documentary Operation Varsity Blues: The College Admissions Scandal.

“He wants to now give his side of the story and support [his wife].”