Home » Celebrities » Who Attacked Dodger On ‘Riverdale’? Archie May Have An Unlikely Ally

Who Attacked Dodger On ‘Riverdale’? Archie May Have An Unlikely Ally

Season 4 of Riverdale has yet to introduce one main villain for the gang to go up against; instead, the first several episodes have given each member of the Core Four their own nemesis to contend with. Betty has to figure out her suspicious half-brother Charles, while Veronica susses out her own devious half-sibling, Hermosa. And while Jughead is butting heads with just about everyone at Stonewall Prep, Archie has set his sights on taking down local crime lord Dodger. Now, a new twist has put an unexpected wrinkle in Archie’s fight, since someone attacked Dodger on Riverdale‘s latest episode, and he doesn’t know who did it, or why.

Spoiler alert: This post contains spoilers from Riverdale Season 4, Episode 6, "Hereditary." Ever since Dodger arrived in town at the beginning of Season 4, he has been Archie’s sworn enemy. The crime boss has been all about enlisting neighborhood kids to deal drugs and steal cars for him, and it drove Archie to do what he does best: put on a mask and become a vigilante… yet again. Yeah, at this point, Archie’s passion for crime-fighting has become very evident — remember when he formed the Red Circle back in Season 2?

This time around, Archie has been cleaning up the streets pretty much on his own — at least he was, until Dodger figured out the redhead’s secret. In Season 4, Episode 6, Dodger revealed he knew Archie was the masked man messing up his criminal exploits, and responded by shooting up the Andrews home in a drive-by. Thankfully, Archie and his mom were able to duck out of the way in time, but the attack seriously upped the ante in Archie’s war with Dodger, and showed everyone just how dangerous Dodger really is.

Not long after the drive-by, Archie and Reggie stumbled upon a near-dead Dodger wrapped in a rug in the alley. 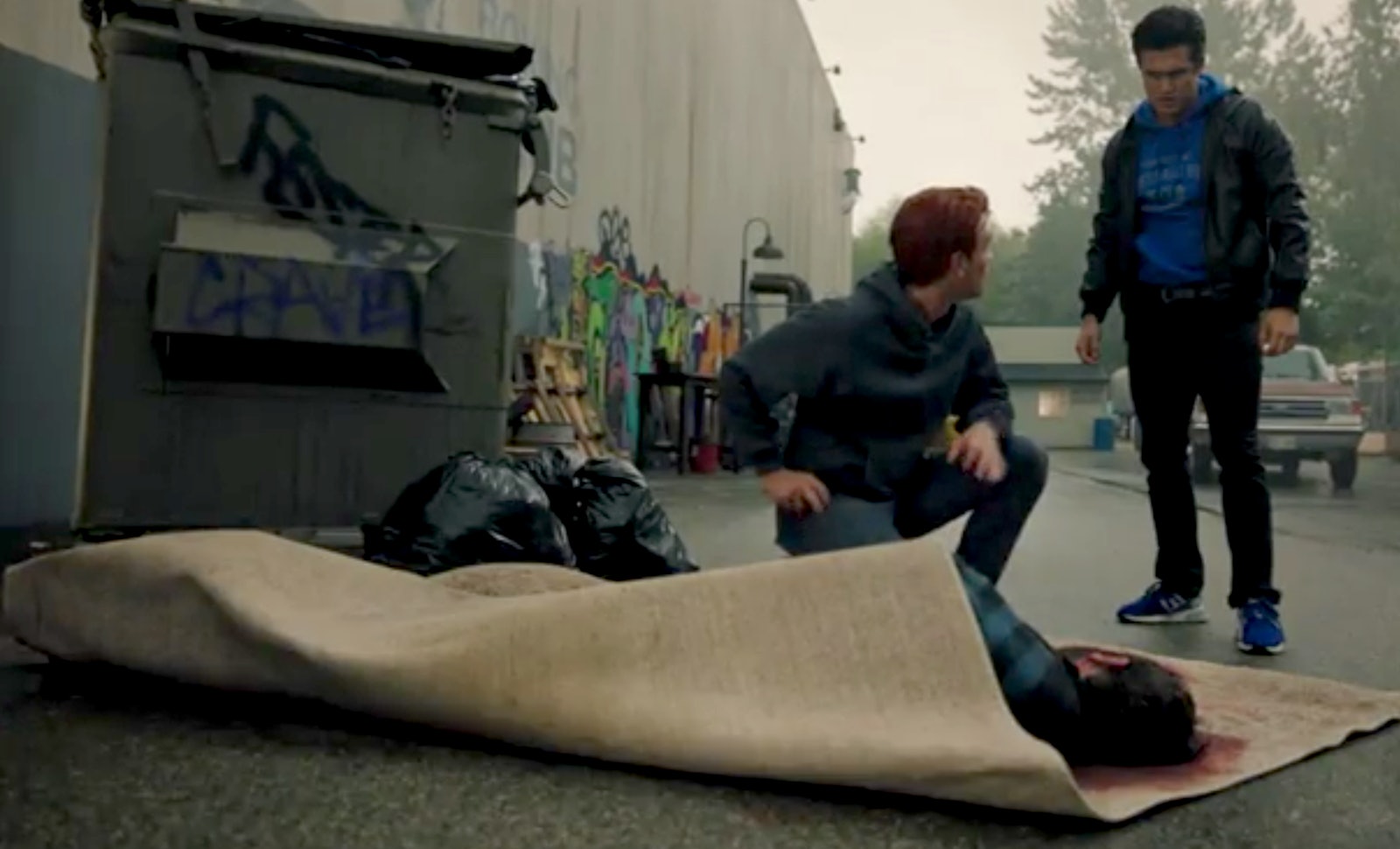 But let’s back up a bit. After the attempted shooting but before the apparent Dodger-beating, Archie made the questionable decision of turning to Hiram Lodge to ask for help in dealing with his trigger-happy adversary. Sure, Hiram has tried to kill Archie more times than anyone else has, but he also seemed to offer up an olive branch recently in the form of a blank check for Archie’s gym. Despite this, Hiram refused Archie’s pleas for help in taking down Dodger… or so it seemed.

What seems to make the most sense is that Hiram was the person who attacked Dodger, or he at least hired someone to do so. Even though he told Archie he would not get involved, the hit is totally Hiram’s style, plus Archie had just told him about Dodger.

What’s less clear is why Hiram would do something so helpful for Archie; the teen is Hiram’s sworn enemy after all, even if they do randomly team up every so often. Maybe Hiram was not being so altruistic after all, but simply wanted Dodger out of the way so he could run the Riverdale streets again as the town’s only crime lord. Whatever the case, it looks like Archie and Hiram are on the same side of things this season, which feels very wrong and will undoubtedly create a ton of friction in Archie’s relationship with Veronica, since she has never hated her father more than she does now.

Either way, it seems like this beating will have some major repercussions. Although Dodger was absolutely covered in blood and bruises, he was clearly still breathing, meaning he probably isn’t done terrorizing Riverdale just yet. Fans will have to tune in to find out what happens next.

Riverdale airs Wednesdays at 8 p.m. ET on The CW.