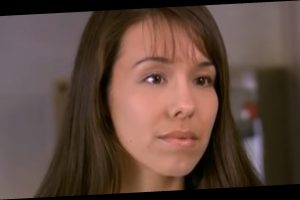 The infamous Jodi Arias first made headlines in 2008 when she was charged with the brutal murder of her on-again off-again boyfriend Travis Alexander. In 2013, after more than 15 hours of jury deliberation, Arias was convicted of murder and finally, in 2015, she was sentenced to a lifetime in prison, per HuffPost. Prior to her sentencing, Arias addressed the court and expressed regret for the unthinkable crime that included stabbing her former lover 27 times and delivering one fatal gunshot wound to the head, per ABC News. “To this day, I can’t believe that I was capable of doing something that terrible,” Arias stated. “I’m truly disgusted and repulsed with myself. I’m horrified because of what I did, and I wish there was some way I could take it back.”

But what many do not know is that, prior to her rocky relationship with Alexander, Arias also had a relationship with another man. Enter: Darryl Brewer, a man who was not only willing to go to bat for Arias and provide testimony in an effort to uphold her self-defense claim, but he was also adamant that “there was a whole other life” when it came to the convicted murderer.

Keep reading after the jump to learn all there is to know about Jodi Arias’ other love interest, Darryl Brewer.

As reported by ABC News, Darryl Brewer and Jodi Arias were in a long-term relationship with one another for four years, even cohabitating for two of those years. According to Brewer, it was not until Arias took a new job and met Travis Alexander that their relationship began to suffer.

During a court proceeding, Brewer claimed that, soon after meeting Alexander, Arias began to change drastically. “I saw a lot of changes in Jodi. She became a different person than I had known previously,” Brewer said. “She had continued to pay the mortgage, but she was not paying other household bills, she began getting into debt or financial trouble,” Brewer said. “For me it seemed she was not as rational or logical,” he added. He also claimed that their once “aggressive” sex life began to wane and, after converting to Mormonism, Arias refused to be intimate altogether, citing abstinence until marriage. Alas, the couple eventually called it quits, though he said they remained in contact with one another.

During his cross examination, Brewer even admitted to supplying Arias with gas cans the day before Alexander’s murder. According to Brewer, Arias called him and asked to borrow gas cans. On the day she picked them up, she explained that she was going on a trip to visit friends in both California and Arizona.

During an interview with AZcentral.com (via HuffPost), former boyfriend Darryl Brewer spoke candidly about his willingness to testify on Jodi Arias behalf. “I needed to tell the jury there was a whole other life to Jodi Arias … It wasn’t until the spring of 2006 that this girl started to change … It’s important that they know,” he explained.

Much to Brewer’s dismay, however, he was not used as a witness by Arias’ defense team. “I was shocked,” he admitted after learning that he would not be used as a character witness.

But Brewer was careful to maintain that, while he wanted to go to bat for Arias, he was not making excuses for her behavior. “No one can condone this heinous crime [but] I don’t believe in state killing,” he said after it was ruled that she would be eligible for the death penalty. “Jodi needs some help and she should not be let back into society,” he declared emphatically.