Home » Celebrities » Who Won ‘The Masked Singer’ 2020? Find Out All the Unmasked Stars From Season 4!

Who Won ‘The Masked Singer’ 2020? Find Out All the Unmasked Stars From Season 4! 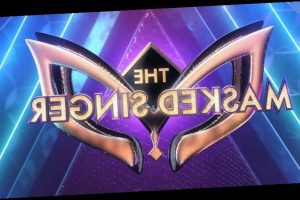 The Masked Singer has a new winner!

Season four of the Masked Singer kicked off with 17 celebrities performing their hearts out while hiding their identities and the audience, and the panelists, have been trying to figure out who is behind the masks every week.

The three masked singers going into the finale were Sun, Mushroom, and Crocodile.

Get the scoop on the Masked Singer spinoff series, premiering in just two weeks on FOX!

END_OF_DOCUMENT_TOKEN_TO_BE_REPLACED

END_OF_DOCUMENT_TOKEN_TO_BE_REPLACED
We and our partners use cookies on this site to improve our service, perform analytics, personalize advertising, measure advertising performance, and remember website preferences.Ok