Whoopi Goldberg Confirms ‘Sister Act 3′ Movie Is in the Works 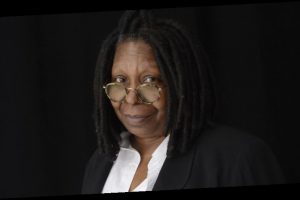 Whoopi Goldberg has some big news!

The EGOT-winning Sister Act star made an appearance on The Late Late Show With James Corden on Tuesday night (October 6).

PHOTOS: Check out the latest pics of Whoopi Goldberg

During their chat, Whoopi opened up about the possibility of a Sister Act 3.

“For a long time, they kept saying no one wanted to see it. And then quite recently, it turns out, that that may not be true. People may want to see it. So we’re working diligently to try to figure out how to get the gang together and come back,” she revealed.

“It’s fun and it feels good. And you know, nobody’s mad. It’s just, listen—bad singing, great singing, okay singing and then nuns. What’s better than that?” she went on to say of the beloved film series.

She also recently opened up about an ABC exec’s alleged racist commentary.

END_OF_DOCUMENT_TOKEN_TO_BE_REPLACED

END_OF_DOCUMENT_TOKEN_TO_BE_REPLACED
We and our partners use cookies on this site to improve our service, perform analytics, personalize advertising, measure advertising performance, and remember website preferences.Ok