Home » Why Did Rita Ora and Calvin Harris Break Up?

Why Did Rita Ora and Calvin Harris Break Up? 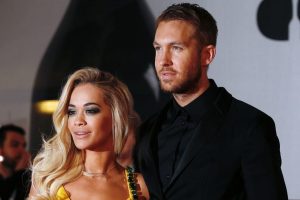 With news of Rita Ora’s reported new romance with film director Taika Waititi making headlines, we can’t help but think back to her past romances — especially her relationship with DJ Calvin Harris. Though the two seemed like the perfect match at one point, their relationship turned ugly right before their nasty breakup.

So what was the cause of their split, and what made their breakup go from bad to worse in the blink of an eye? Here’s everything we know.

Ora is no stranger to high-profile relationships, as she’s had a few over the years.

In addition to dating reality stars like Rob Kardashian, the singer has also been linked to a few fellow musicians, including chart-topping DJ, Calvin Harris.

The two began dating in April 2013 and were together for about a year before they called it quits in June 2014.

Though it was initially reported that Ora and Harris ended things on amicable terms, it was soon revealed that their breakup was pretty nasty, marking the first ugly/ public breakup Harris had gone through.

Calvin Harris announced his split from Rita Ora via a tweet

At the time of their split, sources reported that Harris and Ora broke up because he wanted more privacy.

However, it was later revealed that the “Let You Love Me” singer had no idea she and Harris had ended things and had only learned of their breakup when he publicly announced their split in a since-deleted tweet on June 6, 2014.

“To address speculation – myself and Rita ended our relationship some time ago,” he wrote, per Insider. “She is a beautiful, talented woman & I wish her all the best.”

But the drama didn’t stop there.

Adding insult to injury, Harris, who had produced and written songs for Ora, refused to give her legal permission to perform any of the tracks he worked on, according to Billboard.

This included her hit single “I Will Never Let You Down,” which she had planned to perform at the 2014 Teen Choice Awards.

After the interview, Harris took to Twitter to slam his ex-girlfriend and tell his side of the story.

“You’ll only know 1 side of the story RE Teen choice awards because I choose not to talk to the papers about every aspect of my personal life,” Harris tweeted, according to Us Weekly. “But just know I had a d*mn good reason.”

Both celebrities eventually moved on

The two were together for about a year before they called in quits in 2016. The EDM star then went on a Tweetstorm criticizing the Grammy-winner after news broke that she had ghostwritten a song for him.

As for Ora, she began seeing Grammy-winning producer Andrew Watt in 2016 and dated him on and off for more than two years before they went their separate ways.

Today, the singer is reportedly dating film director Taika Waititi, best known for his work on movies such as Thor: Ragnarok and JoJo Rabbit.

While the pair haven’t publicly confirmed their romance, insiders report that the two have looked very much like a couple since April 2021.

Not only have the pair been spotted taking romantic strolls around Sydney, Australia, but they recently attended the world premiere of RuPaul’s Drag Race Down Under at the Sydney Opera House. To fuel the ongoing romance rumors even more, they also appeared to be wearing matching Gucci cardigans.

Though it has yet to be revealed what’s really going on between Ora and Waititi, it’s safe to say that there’s a definite connection there.