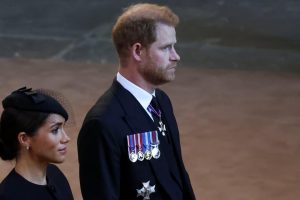 The royal family were united in their grief as they attended the Queen‘s state funeral on Monday.

But some watchers have questioned why the late monarch’s grandson, Prince Harry, and his wife Meghan Markle were seated in the second row during the ceremony.

King Charles III and his wife Camilla, Queen Consort, were joined in the front row by the Queen’s daughter, Princess Anne and her husband Sir Tim Laurence, along with her sons, Prince Andrew and Prince Edward, and Prince Edward’s wife Sophie.

MORE: Why Sarah Ferguson attended the Queen’s funeral – but not Prince Philip’s

The Queen’s children and their partners were also joined by the Prince and Princess of Wales, and the eldest two of their three children, Prince George and Princess Charlotte. Peter Phillips and Zara Tindall completed the front row. 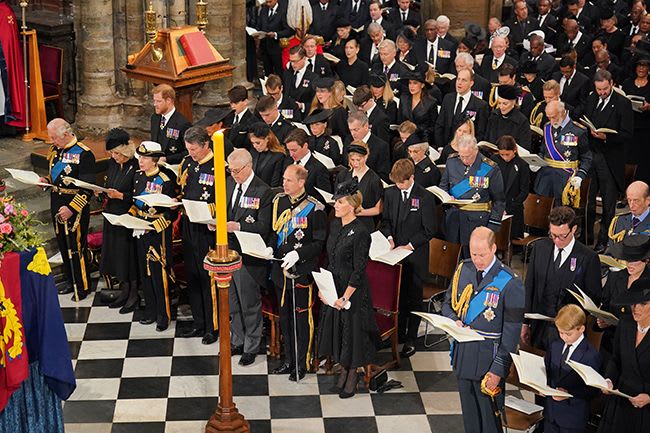 Prince Harry was seated directly behind his father, the King

In the second row, seated directly behind his father the King, was Prince Harry, who was dressed in a morning suit and wearing his military medals, and wife Meghan.

MORE: Why did the royal ladies wear gloves at the Queen’s funeral?

The Sussexes were joined in the second row by Harry’s cousins, Princess Beatrice and Princess Eugenie, their husbands, Edoardo Mapelli Mozzi and Jack Brooksbank, and their mother Sarah Ferguson. 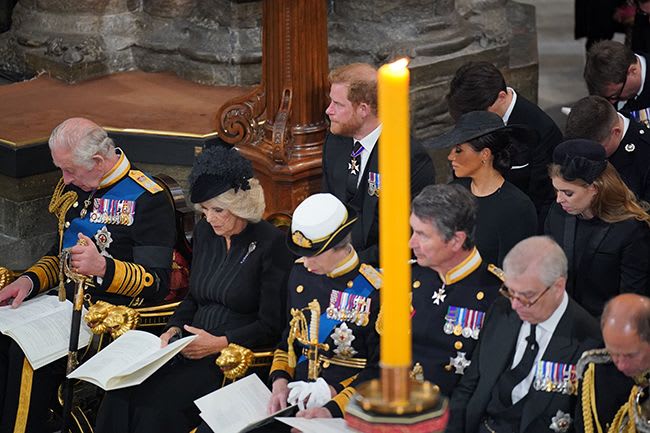 Also seated in the second row were Prince Edward’s children, Lady Louise Windsor and her brother James, Viscount Severn. Given their ages, they were likely intentionally placed behind their parents.

Twitter was quickly ablaze with questions about the seating arrangements – and why Harry was not seated alongside his older brother, William. 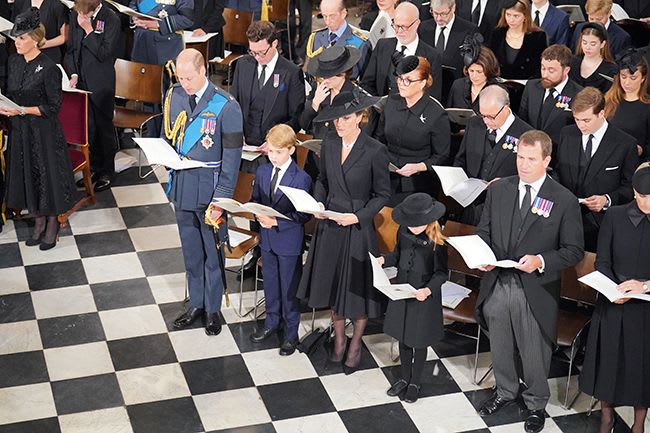 And it seems there was a great deal of thought put into the arrangements. On closer look, it seems the Queen’s grandchildren were seated in approximate order of their age.

While William – as the new heir – was ahead of his older cousins Peter and Zara, the rest of the family appear to have been seated in order of their birth.

It’s thought that Harry and Meghan have now left the UK to return home to Montecito and their two children, Archie and Lilibet.