Home » Celebrities » Why Shayna Hubers Was Compared To Jodi Arias

Why Shayna Hubers Was Compared To Jodi Arias 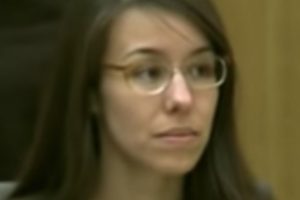 While the saying goes that the only constants in life are death and taxes, it seems that the genre of true crime is working its way up to the same category. Ever since the 2014 debut of the critically acclaimed podcast “Serial,” a bona fide industry centered on the stories of criminal cases swiftly took off, with television networks, docuseries, and a litany of programs sprouting up almost overnight. With a dedicated listener and viewer base, along with countless armchair web sleuths who create communities online to discuss and dissect anything from unsolved mysteries to the most well-known crimes of any given century, it seems that the true-crime boom isn’t deflating anytime soon.

Some crimes continue to remain the subject of fascination and scrutiny, like the 2008 murder of Travis Alexander by his ex-girlfriend Jodi Arias, whose 2013 conviction (paired with her eccentric behavior and oppositional nature) captured international attention. Arias, who has the dubious privilege of being known at one point as “the most hated woman in America,” has also, in turn, become one of the most notorious killers of the 21st century — which means, naturally, that she’s frequently compared to others who have committed similar crimes.

One example? Shayna Hubers, a woman whose own criminal behavior purportedly echoes Arias’ own — even to people Hubers knew. So what’s the story behind it all? Keep on scrolling to find out. 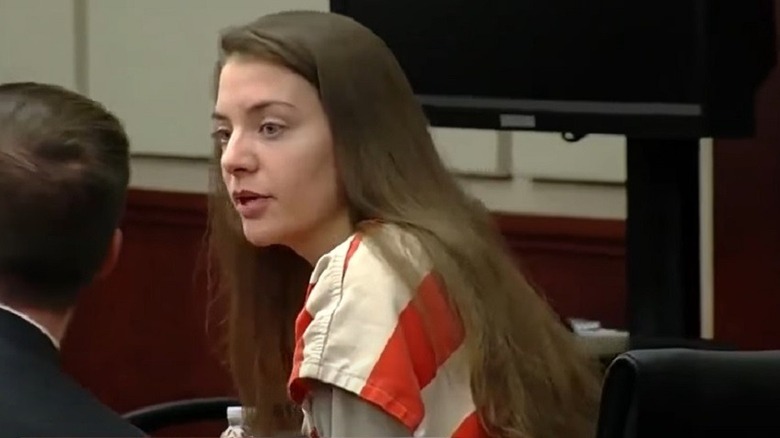 As Oxygen reported in July, Shayna Hubers, who was convicted of the 2012 killing of her boyfriend Ryan Poston, allegedly fixated upon murderer Jodi Arias shortly following her own incarceration. In an episode of the Lifetime program “Cellmate Secrets” (via Oxygen), a woman named Holly Nivens who at one time shared a cell with Hubers recounted how Hubers was purportedly obsessed with Arias, going as far as to take notes on Arias’ during airings of her trial. “When we were in jail together, Jodi Arias’ case was a big thing so anytime that would come on [the television], she would just write down every single detail of that case,” Nivens told interviewers. “She was so wrapped up in her case, comparing herself with Jodi Arias.”

While the thought of Hubers’ fascination with Arias might be unsettling, it’s not entirely … unfounded. Per Oxygen, their trials more or less chronologically piggybacked off of each other, with Arias’ conviction in 2013 and Hubers first convicted in 2015. Both Arias and Hubers were charged with (and eventually found guilty of) murdering their respective boyfriends. And, strangely enough, the similarities didn’t end there.

The similarities are almost eerie 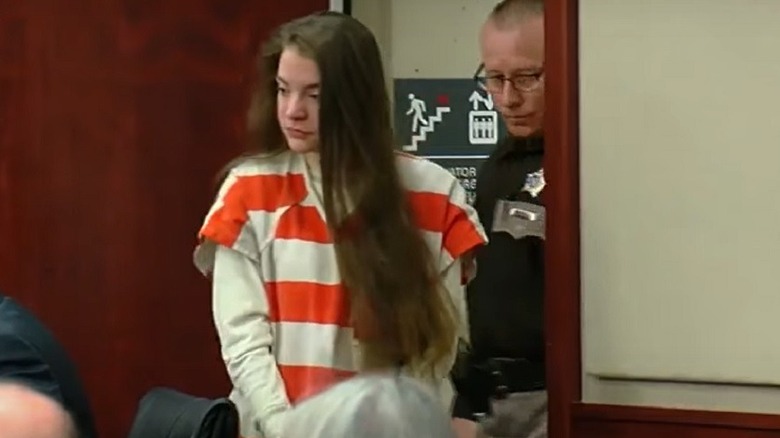 While Shayna Hubers’ purported obsession with Jodi Arias is macabre (at best), it seems a number of media outlets have noted a number of eerie connections between the two convicts. Per Oxygen, both Hubers and Arias attempted to evade imprisonment by claiming they had acted in self-defense, despite the fact that the physical evidence proved otherwise. The homicides were both reportedly violent to an extreme degree and involved both a gun and a knife — which, per a famous 2011 study published by the academic journal Aggression and Violent Behavior, is exceedingly rare.

Like Arias, who exhibited increasingly bizarre behavior after her arrest for the murder of Travis Alexander — among which included doing handstands and singing a rendition of “O Holy Night” to herself while left alone in the interrogation room by detectives — Hubers also did the same. Simply put, she acted bizarrely. According to A&E, Hubers reportedly joked about giving her boyfriend Ryan Poston a “nose job” in reference to shooting him while speaking to officers, performing pirouettes, and yes — even singing the song “Amazing Grace.” Even weirder: Hubers and Arias each had not only one trial, but two, though Arias’ was done after a mistrial in her sentencing phase, and Hubers’ was sentenced twice, the second in 2018. As chilling as these cases are, however, it looks like Hubers and Arias have one final thing in common: both received life imprisonment for their crimes.