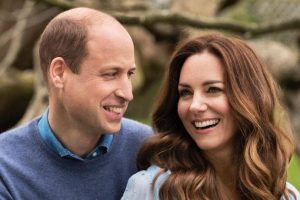 Anyone remember the Cambridge’s blowout royal wedding that occurred last decade? You heard me right, folks–the Duke and Duchess of Cambridge have been married for ten years today, and to mark their special anniversary, they’ve released gorgeous new photos.

In honor of Kate Middleton’s walk down the aisle a decade ago, People interviewed royal wedding attendees about the bride’s arrival back in 2011. Martin and Sue Fielder recalled the moment when the crowd outside of the church erupted in cheers as the Duchess approached. “Everything outside just roared,” Martin told People. “You could hear it all outside to begin with as she approached. It was like a wave of sound getting louder and louder as she got closer to the Abbey. When the trumpets started inside to announce that she’d arrived, it’s a wonder the roof didn’t lift off!”

A post shared by Duke and Duchess of Cambridge (@kensingtonroyal)

Although the palace hasn’t released any official details about the couple’s plan to celebrate their tenth anniversary, Will and Kate made an official visit to Manor Farm in Darlington this week to discuss sustainable farming, mental health, and climate change, the BBC reported. During a meeting with farmers from County Durham and North Yorkshire to discuss mental health, the Prince remarked: “The pandemic takes away your coping mechanisms. We all have ways getting through the days when you strip that away and at home all the time it starts to wear on people.”

But yes, the Cambridges did play with the lambs.

A post shared by Duke and Duchess of Cambridge (@kensingtonroyal)