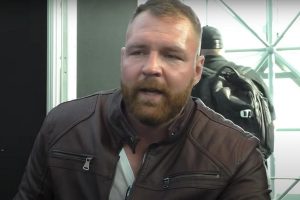 The All Elite Wrestling star Jon Moxley has made ‘a very brave choice’ to seek professional help for alcohol issue by checking into an inpatient treatment program.

The All Elite Wrestling (AEW) star – who appeared as Dean Ambrose for eight years in WWE before his exit in April 2019 – gave his boss Tony Khan permission to make the announcement on social media.

In a statement on Twitter, Khan wrote, “Jon Moxley has allowed me to share with you that he is entering an inpatient alcohol treatment program.”

“Jon is a beloved member of the AEW family. We all stand with him and Renee, and all of his family and friends, as he shifts his focus to recovery. Jon is making a very brave choice to get help, and we’re embracing his choice and supporting him however we can.”

“I’m proud to call Jon a friend, and like many of you, I’m also a fan of Mox and look forward to a time in the future when he is eventually ready to return to the ring. Until then, thank you for supporting Jon and respecting his privacy at this time.”

Moxley – who welcomed daughter Nora into the world with his wife Renee Paquette in June – had been scheduled to face Orange Cassidy in the semi-finals of the ongoing AEW World Title Eliminator Tournament.

A number of stars have paid tribute to the star on social media, including WWE Hall of Famer Mick Foley.

He wrote, “Wishing Jon the very best. A bold and brave decision – and I know he’ll be back and better than ever. Mox has a heck of a support system, with great fans, and an amazing wife.”

AEW’s Cash Wheeler added, “More respect than ever for Jon.”

His co-star Thunder Rosa tweeted, “We all love you and support you Mox! This is a difficult journey but we are here for you and Renee!”

And AEW commentator Taz said, “I have no doubt that Mox will succeed in his battle. Much respect Jon.”