Yikes, a Trespasser Crashed into a Security Gate Trying to Visit Kim Kardashian 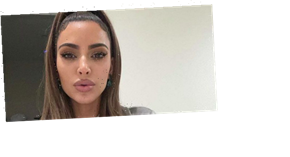 In troubling news, TMZ reports that a man crashed through the gates of Kim Kardashian’s Hidden Hills community in an attempt to “pay her a visit.” According to the outlet, the incident happened at about 6:30 PM on Wednesday, and security managed to stop the man in question before he got anywhere near Kim’s home.

Apparently, the intruder was cited for trespassing and then released, and told law enforcement that Kim was his “wife” and that he was trying to visit her. The reality star hasn’t commented on the incident, but security has been a major concern for her since she was robbed at gunpoint in Paris in 2016.

As a result of the Paris robbery, Kim reportedly hired a fleet of former Secret Service agents to manage her security—including at least two bodyguards who are with her everywhere she goes. At the time, TMZ reported that Kim also met with ex-special force members of the Israeli army, as well as ex-CIA agents.

Kim has since opened up to Ellen about the robbery and her heightened security:

Glad Kim is safe and sound following this recent attempt at trespassing.

You love all the deets on the Kardashians. So do we! Let’s overanalyze them together.