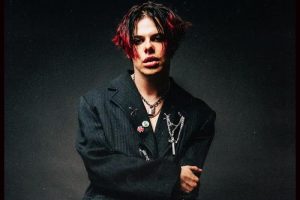 Yungblud has scored his first top 10 on Billboard‘s Top Album Sales chart with his self-titled, third studio album debuting at No. 3 on the chart dated September 17.

The album, released on September 2, sold 13,000 copies in the U.S. in the week ending September 8, according to Luminate.

Billboard‘s Top Album Sales chart ranks the top-selling albums of the week based only on traditional album sales.

The album Yungblud debuted at No. 2 on the Vinyl Albums chart, with 6,500 sold via vinyl LP.

Megadeth‘s The Sick, the Dying… and the Dead! and TWICE‘s Between 1&2: 11th Mini Album are ahead of Yungblud on the Top Album Sales chart at Nos. 1 and 2, respectively.