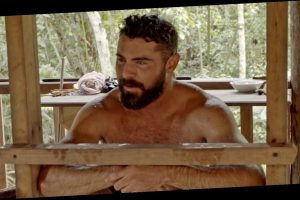 Zac Efron has a new nickname from his fans – daddy!

The 32-year-old actor just launched his new Netflix travel series Down to Earth with Zac Efron and he has a new rugged look in the show.

Zac traveled around the world with wellness expert Darin Olien in search of healthy, sustainable ways to live and they brought along a camera crew to make the new show.

Eight episodes of the show are streaming now on Netflix and a screencap from the season finale is going viral thanks to Zac‘s new look. He’s seen going shirtless with a bushy beard while exploring the Amazon rainforest.

“Zac Efron is a daddy now? 2020 is a wild fucking ride,” a tweet from @drewalanscott reads.