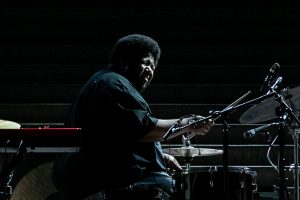 A Tyshawn Sorey premiere and lots of Kurt Weill from Berlin are among the highlights. 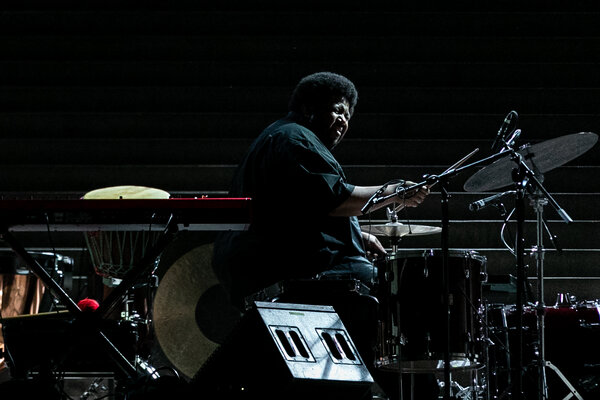 As the live performing arts continue to struggle through the coronavirus pandemic, here are 10 highlights from the flood of online music content coming in February. (Times listed are Eastern.)

This extravagantly productive ensemble has long hosted concerts at its studio in Brooklyn. Now the series, Brooklyn Bound, is streaming, but with the same emphasis on showcasing new work and close collaborators. The program this time includes a dual premiere for “Individuate,” by Darian Donovan Thomas, in different realizations for So and the Bergamot Quartet; a video version of Caroline Shaw’s gentle “Narrow Sea”; a duo set by Kendall K. Williams, on double second steel drums, and Gerion Williams, on drum set; and two versions of Jason Treuting’s modular “June.” ZACHARY WOOLFE

After completing his eight-year tenure as music director of the New York Philharmonic, Alan Gilbert began his association with this orchestra in Hamburg, Germany, becoming its chief conductor in 2019. Returning to its tourist-attracting hall, the Elbphilharmonie, Gilbert leads a program of Russian works, featuring the phenomenal pianist Daniil Trifonov in Prokofiev’s Concerto No. 1 and Schnittke’s concerto (a rarity), as well as Prokofiev’s popular “Classical” Symphony. ANTHONY TOMMASINI 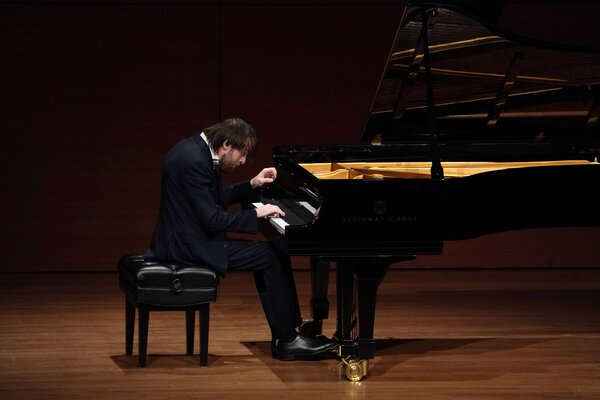 This young cellist is a frequent presence in exciting company; she has played with La Monte Young’s Theater of Eternal Music and recently appeared as a soloist on a recording of Joseph C. Phillips Jr.’s “The Grey Land.” This streamed concert is a celebration of her latest solo recording, “Armament,” which features her own improvised compositions. Expect crunchy electronic treatments of her cello, as well as traces of acoustic virtuosity. SETH COLTER WALLS

This intriguing program puts a spotlight on composers working within self-imposed restrictions. The Finnish contemporary mainstay Magnus Lindberg is best known for the teeming, riotous textures of his large-orchestra works, but the three movements of “Souvenir” (2010) require a mere 18 instrumentalists. (The piece still has plenty of kick.) And Prokofiev’s “Classical” Symphony was a conscious exercise in writing without involving piano — and with eyes cast back to the era of Haydn. John Storgards conducts. SETH COLTER WALLS

The conductor Fabio Luisi became the music director of the Dallas Symphony just last year, but it was recently announced that his contract has already been extended, through the 2028-29 season. As part of the orchestra’s digital concert series, he leads a program that features a premiere by the orchestra’s composer in residence Angélica Negrón, “En otra noche, en otro numdo.” Beethoven rounds out the program, with the “Leonore” Overture No. 1 and the Violin Concerto, featuring the superb Leonidas Kavakos. ANTHONY TOMMASINI

The composer Tyshawn Sorey continues a remarkable run of performances and premieres with a new work for Opera Philadelphia: a setting of an 1887 poem by the abolitionist and suffragist Frances Ellen Watkins Harper. Exploring what Sorey calls “our daily life experiences as Black Americans and the day-to-day precarity in which we continue to live,” the piece features the countertenor John Holiday, lately on the TV show “The Voice”; the pianist is Grant Loehnig. (Commissioned works by Courtney Bryan, Angélica Negrón and Caroline Shaw will follow from this company in coming months.) ZACHARY WOOLFE

From the United States we can only look on with envy as European opera companies continue their seasons. Even amid the latest lockdown, the Bavarian State Opera in Munich is assembling to stream Dmitri Tcherniakov’s new staging of Weber’s “Der Freischütz.” The quintessentially Romantic story, earthy and supernatural, is recast here in the world of organized crime, and limited to a single setting: a penthouse suite where people have gathered to celebrate the marriage of Max (Pavel Cernoch) and Agathe (Golda Schultz), an event only hinted at in the opera’s finale. Sounds about right for Tcherniakov, a director who revels in role-playing and psychological drama. JOSHUA BARONE

Feb. 13 at 1 p.m.; digitalconcerthall.com; available on demand at a later date.

This year was meant to be something of a Kurt Weill festival in Berlin, the city that shaped — and was shaped by — his partnership with Bertolt Brecht. There were going to be new productions of “The Threepenny Opera” and “Rise and Fall of the City of Mahagonny,” as well as performances by the Berlin Philharmonic. Little of those plans remains, but the Philharmonic musicians are able to gather, without live audiences, for the online festival “The Golden Twenties” — which opens with Weill’s First Symphony (1921), an unruly early work that reflects both the spongy mind of a precocious student and the gift for orchestration and scale that would come to define his Berlin-era sound. There’s more Weill throughout the month: the Violin Concerto and Second Symphony (Feb. 16); a “Mahagonny” suite (Feb. 20); and “Little Threepenny Music” (Feb. 23) in a concert that also includes, fittingly, “Berlin Lit Up.” JOSHUA BARONE

This superior new-music ensemble began its career performing Helmut Lachenmann’s Third Quartet, “Grido,” and has kept on championing Lachenmann’s quartets in concert and on record. For this stream, released by the Miller Theater at Columbia University, “Grido” is on the program alongside two solos: “Toccatina” (for violin) and “Pression” (for cello). ZACHARY WOOLFE

The rising conductor Jonathon Heyward, who is just beginning his tenure as chief conductor of the Nordwestdeutsche Philharmonie in Germany, comes to the Seattle Symphony with an enticing program. It opens with the American premiere of Hannah Kendall’s “Kanashibari,” then the formidable pianist Steven Osborne is the soloist in Beethoven’s Concerto No. 4 before Ravel’s colorful, enchanting “Mother Goose” Suite. ANTHONY TOMMASINI