Home » Entertainment » '10 Things I Hate About You' Cast: Where Are They Now?

'10 Things I Hate About You' Cast: Where Are They Now? 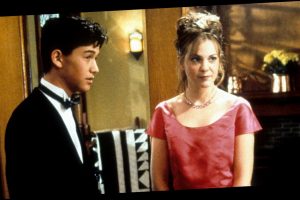 Too good to be true! The beloved 10 Things I Hate About You made its debut on March 31, 1999, and more than two decades later, fans are still talking about the romantic comedy.

In the years since the film’s success, many of its actors have gone on to conquer Hollywood. However, Ledger died at age 28 from an accidental drug overdose in January 2008. Before his death, the actor stole the show in 2008’s The Dark Knight, 2005’s Brokeback Mountain and 2001’s A Knight’s Tale. He also received a posthumous Oscar for his portrayal of the Joker.

“God, the first time I met him, he had done a movie in Australia and nobody had really heard of him — he was just this mysterious 19-year-old,” Union said of her late costar during a November 2016 appearance on Watch What Happens Live With Andy Cohen. “He told me and everyone else who was over 21 to meet him at the top of the hotel at this bar, and we walk in, and he’s just got this wild hair. Again, he’s 19, but he’s got a dad drink.”

The Being Mary Jane star added: “He was such a man, such a gentleman, and his girlfriend at the time was, like, 38. He was great, warm, funny. We had a lot of fun. I thought all movies were like that. … The whole cast was like a dream. But he was a doll.”

Stiles shared a similar sentiment with Us Weekly in October 2014. “He was so nice. He was such a force,” she recalled. “He was, even at that age, a very, very powerful, lovely human being.”

Scroll to see where the cast is today.