Welcome to the weekend. It’s Hollywood’s biggest. So maybe you’ll catch up on some movie watching before the Oscars. But there’s news you should know also. So take a minute and read some of the stories you may have missed this week. 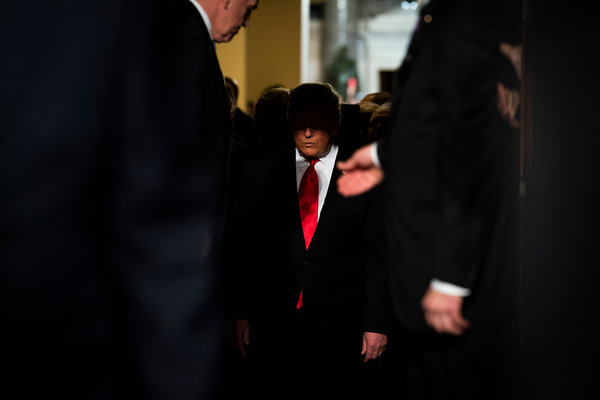 Inside Trump’s two-year war on the investigations encircling him

President Trump’s efforts have exposed him to accusations of obstruction of justice as Robert S. Mueller III, the special counsel, finishes his work.

The rise of the WeWorking class

Emmett Till’s murder, and how America remembers its darkest moments

He walked into a store and it changed civil rights. That crumbling store has come to symbolize the struggle to address the nation’s racial violence.

‘It is not a closet. It is a cage.’ Gay Catholic priests speak out

The crisis over sexuality in the Catholic Church goes beyond abuse. It goes to the heart of the priesthood, into a closet that is trapping thousands of men.

The culinary star looks back at her career and the international celebrity — and scrutiny — that came with it.

Held in a refugee camp in Syria, the two female recruits said they regretted joining the Islamic State and asked for a second chance.

For a black mathematician, what it’s like to be the ‘only one’

Fewer than 1 percent of doctorates in math are awarded to African-Americans. Edray Goins, who earned one of them, found the upper reaches of the math world a challenging place.

“He represents the soul of fashion,” said Anna Wintour of Vogue, “restless, forward-looking and voraciously attentive to our changing culture.”

The prolific composer Joe Iconis is fiercely loyal to his friends and fans. His first Broadway musical is the ride they’ve all been waiting for.

A victory for the Civil War ‘Cyclorama’

A colossal painting, once claimed to depict a Confederate victory, has carried an evolving meaning. Now, a spectacular restoration at the Atlanta History Center unravels its complex tale.

Vanity Fair ruled the roost, but its guest list is bloated by corporate sponsorships. And now there’s competition from Jay-Z.