Home » Entertainment » 13 Pop, Rock and Jazz Concerts to Check Out in N.Y.C. This Weekend

13 Pop, Rock and Jazz Concerts to Check Out in N.Y.C. This Weekend

AFROMONDO SHOWCASE 2019 at S.O.B.’s (Jan. 3, 7:30 p.m.). Artists from across Africa and the African diaspora are represented in this lineup, which ranges from traditional musicians to the continent’s latest pop exports. Performers include Ilam, a bluesy singer-songwriter from Senegal; William Cepeda, a Puerto Rican trombonist who fuses contemporary jazz with the island’s folk music; the Nigerian pop singer Jemiriye; and Nkumu Isaac Katalay, who fuses the music of his native Democratic Republic of Congo with Afrobeat — the West African funk popularized by Fela Kuti.
212-243-4940, sobs.com

VICTOR CALDERONE at Sony Hall (Jan. 1, 8 a.m.). For those who want to keep their New Year’s celebrations going as long as possible (or perhaps just start them at an unconventional time), Sony Hall, a New York house music stalwart, is hosting a party that begins before most will have had their first bagel of 2019, and lasts well into the night. Calderone, who is the only D.J. on the bill, first earned wide acclaim remixing songs for Madonna; since then, he’s worked with everyone from Beyoncé to Sting.
212-997-5123, sonyhall.com

THE 15TH ANNUAL NEW YEAR’S DAY HANK-O-RAMA at Coney Island Baby (Jan. 1, 6 p.m.). The country icon Hank Williams died on Jan. 1, 1953, of heart failure when he was just 29 years old. The local band Lonesome Prairie Dogs have turned that tragic anniversary into a yearly celebration of Williams’s life and work, gathering country musicians from around the city to cover their favorite odes by the Hillbilly Shakespeare. This year, the band will be joined by Lenny Kaye, a guitarist whose credits include pedal steel guitar for Patti Smith’s band. Sean Kershaw & the New Jack Ramblers open.
212-420-8392, coneyislandbabynyc.com

M.A.K.U SOUNDSYSTEM at Nublu 151 (Dec. 28, 8 p.m.). The members of this predominantly Colombian ensemble don’t confine themselves to a narrow definition of “soundsystem,” a term usually associated with Jamaican dub and reggae. For M.A.K.U, the dance-inducing grooves are plentiful but come through a combination of vibrant horns, traditional Colombian instruments, guitar, bass, drums and psychedelic synthesizers. Their music is jubilant and rough around the edges in a way that’s best experienced live; for those looking to start their New Year’s revels a few nights early, the band offers an optimal soundtrack.
nublu.net

MASTA ACE AND MARCO POLO at the Knitting Factory (Dec. 30, 8 p.m.). Old-school New York rap bona fides don’t get much more impressive than a verse on the legendary 1988 posse cut “The Symphony,” which features Masta Ace alongside fellow members of the Juice Crew hip-hop collective. This rapper from Brownsville, Brooklyn, has continued to release music that recalls the late 1980s and early ’90s — what’s often called its golden age. His latest, “A Breukelen Story,” is a joint project with producer Marco Polo, who layers lush, jazz-tinged samples over classic boom-bap beats.
347-529-6696, knittingfactory.com

STEEL PULSE at Brooklyn Bowl (Jan. 2-3, 8 p.m.). Reggae has a well-earned reputation for creating good vibes — but alongside the easy tempos and mellow sounds, there’s often a political or religious message. Steel Pulse, the first non-Jamaican band to win the Grammy for best reggae recording (they’re from Birmingham, England), titled their first major label single “Ku Klux Klan” 40 years ago. “Those cowards only kill who they fear/That’s why they hide behind the hoods and cloaks they wear,” the frontman David Hinds sings on the track, which remains depressingly relevant.
718-963-3369, brooklynbowl.com
NATALIE WEINER 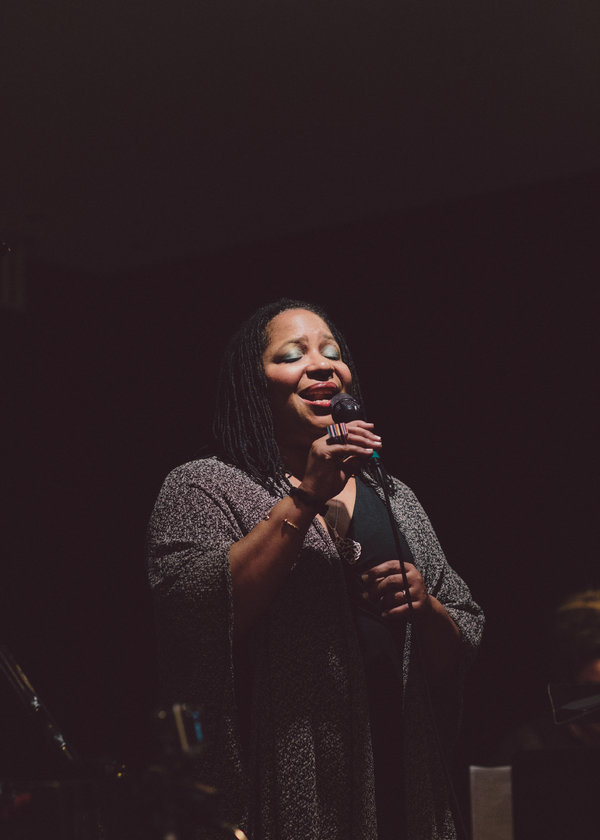 BEN ALLISON QUARTET at Bar Lunàtico (Jan. 3, 9 and 10:30 p.m.). A deftly propulsive bassist, Allison tends to devote his creative energies to original music; he’s the author of more than a dozen albums and a founder of the Jazz Composers Collective. But at this show he devotes himself to lifting up the work of a lesser-known giant in jazz composition: Herbie Nichols, who was born on Jan. 3, 1919, and who never achieved the acclaim that many of his peers felt he was due. Allison will play some of Nichols’s angular, mazelike tunes in an expert quartet featuring the saxophonist Michael Blake, the guitarist Steve Cardenas and the drummer Allan Mednard.
718-513-0339, barlunatico.com

JOHNATHAN BLAKE at Zinc Bar (Dec. 29, 8 p.m.). Blake plays the drums with flawless technique and the buoyant, crisscrossing style of a post-bop master. His appearances as a bandleader come infrequently, but his original music is packed with dynamic contrast and a wide range of motion. Here he appears with the alto saxophonist Jaleel Shaw and the bassist Dezron Douglas (who just released a fervent and compelling album of his own, “Black Lion,” this month), as part of Zinc Bar’s Percussion Masters Series.
212-477-9462, zincbar.com

HERBIE NICHOLS 100TH BIRTHDAY CELEBRATION at the Stone (Jan. 2-5, 8:30 p.m.). While Bar Lunático will devote one night to honoring Nichols’s iconoclastic legacy, the Stone will welcome a different group each night for four days in a row. The multipart tribute kicks off with a performance from members of the Jazz Composers Collective, the confederation helmed by Ben Allison (see listing above). The radical, quizzical, often exuberant Fay Victor, who organized this full week of programming, will perform vocal interpretations of Nichols’s music on Jan. 3 with a five-piece band. On Jan. 4, a squad of pianists including Vijay Iyer and Anthony Coleman will give short solo recitals. The final night, six brass musicians affiliated with the trombonist Roswell Rudd — a champion of Nichols’s songbook who died last year — will play in a horns-only outfit led by the trumpeter Steven Bernstein.
thestonenyc.com

GRETCHEN PARLATO at Jazz Standard (Jan. 2-3, 7:30 and 9:30 p.m.). Whether moving in a frictionless drift or scatting through a percussive passage, Parlato’s voice is as commanding and distinctive as any in contemporary jazz. Here she presents a new project, Flor, featuring the guitarist Marcel Camargo, the cellist Artyom Manukyan and the drummer Léo Costa.
212-576-2232, jazzstandard.com

QUEEN ESTHER at Dizzy’s Club Coca-Cola (Jan. 2, 7:30 and 9:30 p.m.). This singer has a strong and beadlike voice, as comfortable in a bluesy, countrified mode as it is in a classic jazz style. At Dizzy’s she will dip into Billie Holiday’s songbook, performing with the guitarist Jeff McLaughlin, the pianist Sharp Radway, the bassist Hilliard Greene and the drummer Darrell Green.
212-258-9595, jazz.org/dizzys

TOM RAINEY TRIO at Cornelia Street Café (Dec. 30, 8 and 9:30 p.m.). Well, here it is: the last jazz gig you’ll ever be able to hear at Cornelia Street Café. After New Year’s Day, the 41-year-old restaurant and performance space will close, leaving behind a long history of left-of-center artistic presentations — from poetry to Off Off Broadway to experimental jazz. Rainey, a drummer with a sensitive touch and a knack for crafty compositions, has performed at Cornelia often. His trio with the guitarist Mary Halvorson and the tenor saxophonist Ingrid Laubrock will provide a loving send-off.
212-989-9319, corneliastreetcafe.com

BUSTER WILLIAMS AND BRANDON MCCUNE at Mezzrow (Dec. 28-29, 8 and 9:30 p.m.). Williams, a bassist, has been all over jazz’s playing field. He accompanied the pianist Mary Lou Williams during the gloried final chapter of her career, joined Herbie Hancock as a member of his jazz-funk band Mwandishi, and backed up such vocalists as Betty Carter and Nancy Wilson. These days, he often leads his own groups at clubs across Manhattan. Here he will perform straight-ahead repertory over two nights in an intimate duet with the pianist Brandon McCune.
646-476-4346, mezzrow.com
GIOVANNI RUSSONELLO