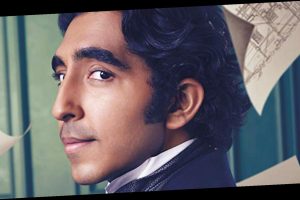 Charles Dickens has long been counted among the world’s most treasured and beloved authors. Indeed, the Victorian literary icon’s works – think Hard Times, David Copperfield, Great Expectations, and A Christmas Carol, among many others – are considered classics. The kind of books that are taught in schools and universities all over the country. The kind of books that everyone should read at least once in their lifetime.

It’s unsurprising, then, that the author’s influence has long been felt in the world of film and TV, too.

And so, with that thought in mind, we have rounded up our favourite Dickens adaptations for you to stream on a winter’s eve. Because, let’s face it, nothing sums up the coldest season like a deep-dive into the snow-covered world of Dickens.

This Academy Award-winning adaptation of Dickens’ Oliver Twist boasts the sort of soundtrack that will have you humming, whistling, and tapping your feet long after the credits roll.

For those who don’t know the story, it tells the tale of a young orphan who escapes the drudgery of a Barnstaple workhouse and makes for London. There, he falls in with the Artful Dodger and a gaggle of pickpocketing street urchins, winds up in trouble with the law, and finds love in the most unexpected of places.

Oliver! is available to rent on Amazon Prime Video.

The critics might have hated it, but a lot of people have a soft spot for this oh-so-90s, oh-so-stylised rendition of Dickens’ Great Expectations. Starring Gwyneth Paltrow and Ethan Hawke, it is only loosely based on the original text, which means things get… well, they get a lot steamier than they ever did in the book.

Great Expectations is available to rent on Amazon Prime Video.

The Personal History Of David Copperfield

In this colourful and optimistic retelling of the Dickens classic, The Personal History Of David Copperfield follows our eponymous hero (Dev Patel) from childhood to adulthood as he navigates a tumultuous world and attempts to find his place within it.

Featuring a glittering cast including Tilda Swinton and Gwendoline Christie, writer-director Armando Iannucci deftly steers a bountiful ship through chaotic waters to paint a bittersweet portrait of a man-in-the-making.

The Personal History Of David Copperfield is available to stream on Amazon Prime Video.

Agatha Christie fans: 12 cosy film and TV adaptations for anyone in need of an escape

Gillian Anderson and Carey Mulligan lead this BAFTA-winning retelling of Bleak House, which is all about the dark secrets that emerge from a long-running legal case.

Bleak House is available to stream on BritBox.

This animated film breathes new life into the story of The Pickwick Papers, aka Dickens’ very first novel (and comic masterpiece). It follows the adventures of Samuel Pickwick and fellow members of the Pickwick Club, as they travel by coach across the countryside in order to find out about the people of 19th century England.

Charles Dickens: The Pickwick Papers is available to stream on Amazon Prime Video.

Offering a modern twist to Dickens’ A Christmas Carol, this Bill Murray classic sees a cynically selfish TV executive haunted by three spirits bearing lessons on Christmas Eve. With the help of the ghosts of the past, present, and future, he realises that he must reform himself.

Scrooged is available to stream on Amazon Prime Video.

Widely considered to be the best Dickens adaptation out there, this Oscar-winner whisks audiences back to Victorian times using rich, sumptuous, black-and-white cinematography.

Great Expectations is available to stream on BritBox.

Utterly absorbing, this Claire Foy-led adaptation tells the story of Amy Dorrit, who is born and raised in the Marshalsea prison for debtors in London.

Little Dorrit is available to stream on BritBox.

Yet another adaptation of Dickens’ time-honoured Christmas tale, only it comes with added muppets, toe-tapping tunes, and Michael Caine. How could anyone not like that?

The Muppet Christmas Carol is available to rent on Amazon Prime Video.

Old Martin Chuzzlewit is a very rich man, but paranoid that everyone is trying to steal his money. But, when he disinherits his grandson, he soon falls prey to a host of rapacious relatives.

Martin Chuzzlewit is available to stream on BritBox.

The Mystery Of Edwin Drood

Opium addict and choirmaster John Jasper is disturbingly obsessed with his nephew’s fiancee, Rosa. And so, keen to keep her for himself, he plots a murder to kill his nephew.

The Mystery Of Edwin Drood is available to rent on Amazon Prime Video.

Something goes awry in this 90s rendition of Our Mutual Friend, which sees a young man return from abroad to claim his inheritance, only to mysteriously disappear. The next heirs in line, though, are the warmhearted Mr. and Mrs. Boffin, a working-class couple whose generosity is put to the test when their windfall opens the door to a vast gallery of scoundrels, strivers, and social climbers.

Our Mutual Friend is available to rent on Amazon Prime Video.

Winter films: 28 non-Christmas movies perfect for the coldest season of all

Starring Anne Hathaway, Christopher Plummer, and Charlie Hunnam, among other Hollywood giants, this 2002 adaptation of Nicholas Nickleby is incredibly watchable.

The plot, for those who don’t know it, is simple: Nicholas’ cold-hearted uncle Ralph separates his family after his father’s death, prompting our eponymous hero to do whatever it takes to escape the Squeers’ school and save his sister from marrying Sir Hawk.

Nicholas Nickleby is available to rent on Amazon Prime Video.

Oh yes, this might be Dickens’ soapiest novel, but this black-and-white adaptation is stunningly romantic. Set in London and Paris before and during the French Revolution, it depicts the lives of two very different men: there’s Charles Darnay, an exiled French aristocrat, and Sydney Carton, a disreputable but brilliant English lawyer.

The only thing they have in common? Why, their love for Lucie Manette, the daughter of a political prisoner, of course.

A Tale Of Two Cities is available to rent on Amazon Prime Video.

Oliver Twist is available to rent on BFI Player.

Easily the most faithful adaptation of A Christmas Carol to date, this film is guaranteed to get you feeling festive in no time.

Scrooge is available to rent on Google Play.

END_OF_DOCUMENT_TOKEN_TO_BE_REPLACED

END_OF_DOCUMENT_TOKEN_TO_BE_REPLACED
We and our partners use cookies on this site to improve our service, perform analytics, personalize advertising, measure advertising performance, and remember website preferences.Ok